From far away, the Burj Al Babas could be confused for a diorama of miniature villas. The homes all look the same, their blue-grey steeples and Gothic fixtures calling to mind the castles in Disney films.

When the project first began in 2014,its developer, the Sarot Group, hoped the luxury aesthetic would appeal to wealthy foreign buyers. Now its homes sit empty at the base of Turkey’s northwestern mountains.

Though there’s still money left in its $200 million budget, the Sarot Group has already sought bankruptcy protection after buyers failed to come up with the money for the properties.

The problem isn’t unique to Turkey. Around the world, cities like New York, Las Vegas, Tokyo, and Burgos, Spain, are riddled with abandoned properties. But none are quite as eerie as the Burj Al Babas’ empty villas, which stand as symbols of the nation’s economic plight.

Take a look at the ghostly spectacle below.

The villas are located near the small town of Mudurnu in Turkey’s northwestern region. 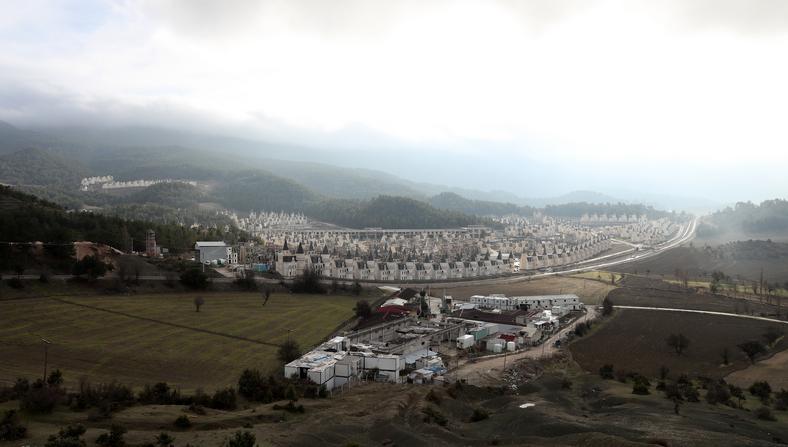 Buyers can purchase the homes for $400,000 to $500,000 each a price tag that catered to a wealthier Middle Eastern clientele. 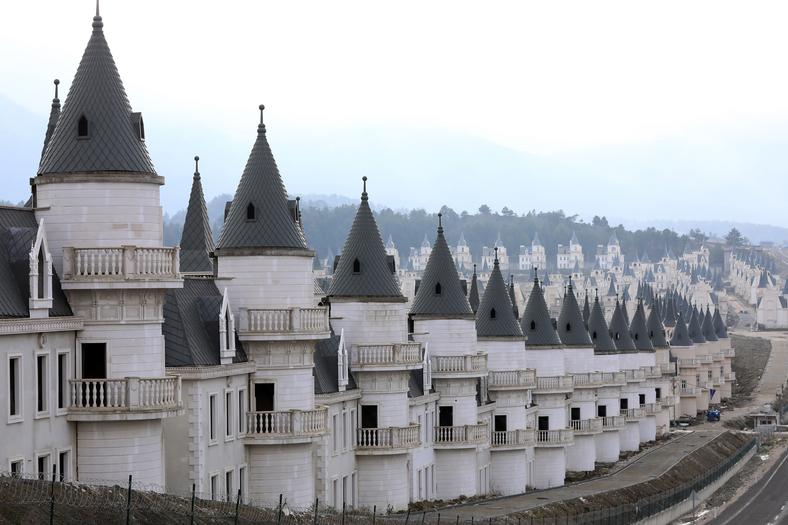 Of the more than 732 villas, around 350 were sold to Arab investors. Many of the sales have since fallen through. 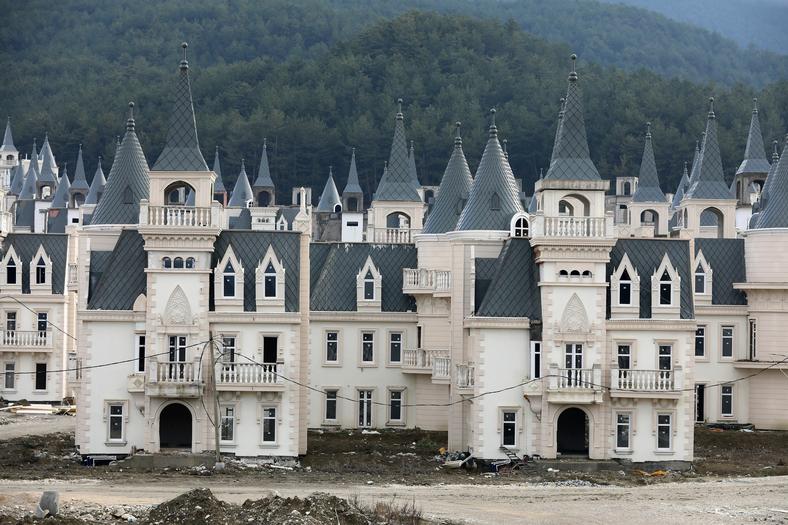 The project’s architect told the AFP that buyers were likely impacted by the decline in oil prices. 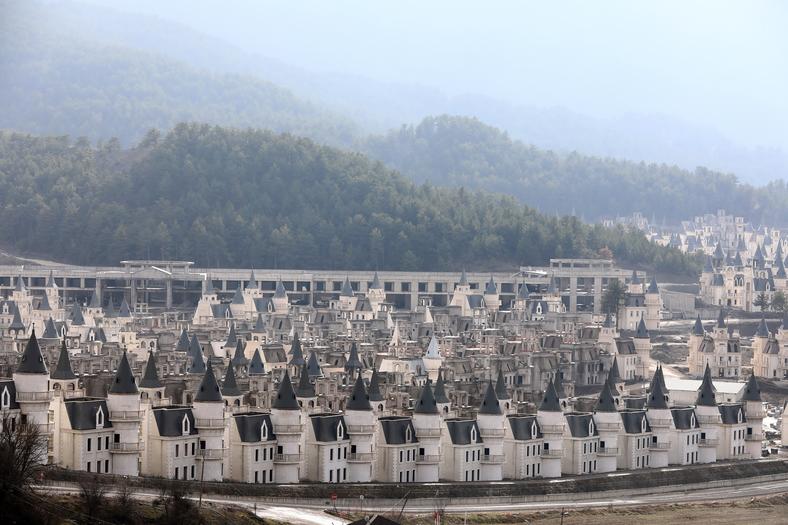 The fall of the Turkish economy is also blame. 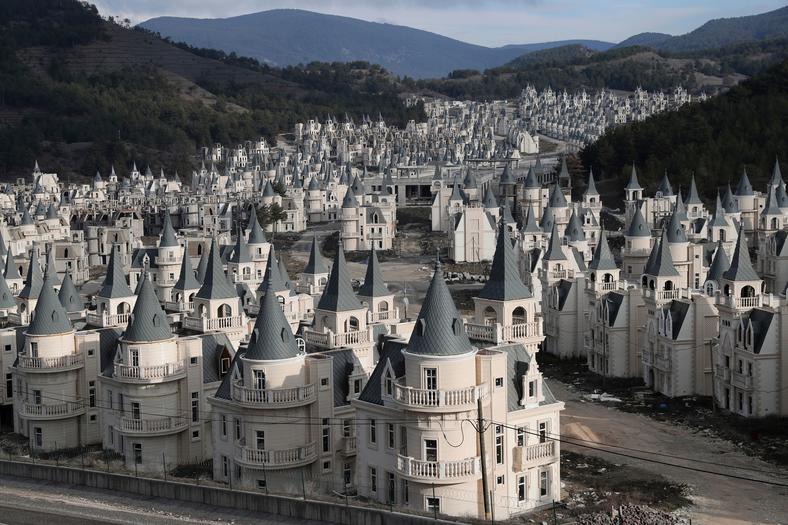 In October 2018, Turkey’s inflation rate reached 25% the highest it’s been in 15 years. This jump was largely influenced by the decline of the nation’s currency, the lira.

In September, Turkey’s central bank raised interest rates in an attempt to counter these issues.

As Turkey contends with an economic crisis, it has also been racked by political turmoil. 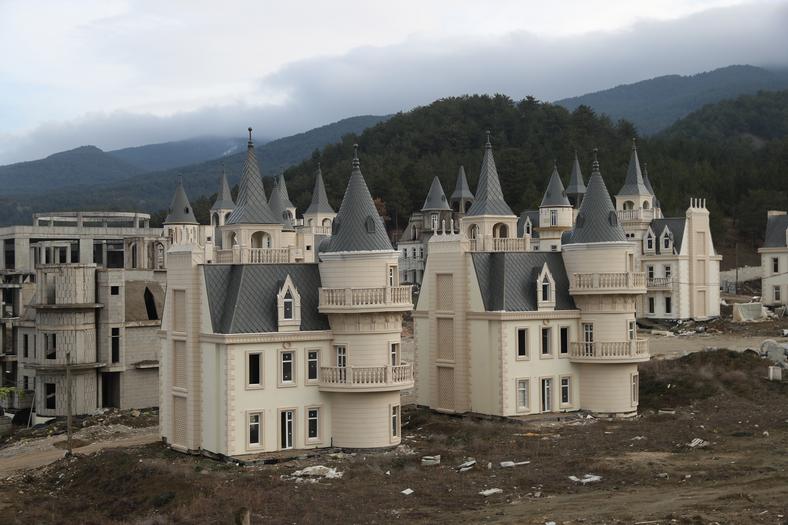 As the value of the lira plummeted, foreign investors began to pull out of the projects, which led to a downturn in the construction industry.

As the country heads toward a recession, the Burj Al Babas’ architect remains hopeful that the development will open by October 2019. 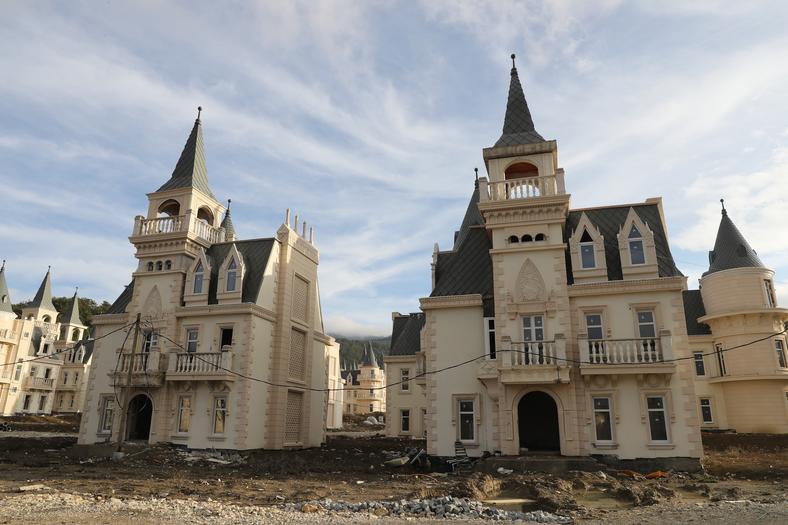