Didi Stone, the daughter of Congolese artist Koffi Olomide, was recently cited in a s_x scandal scandal on social networks. Everything would have started with a video posted on facebook on Monday, May 21, 2018 and on which we can see a girl who looks like Didi Stone engaging in an oral sex activity.

ALSO READ:  Drugs, Rape Scandal, Alcohol, Such Were The Ruins Of These Black Celebrities- Sad Endings To Beautiful Careers

For the singer it is simply a settlement of account: ” Look at me well my name is Koffi, my name is Antoine. You who chose to wage a war against me, an unjust war, you who chose to confront me, confront me, do not confront my children because you will not succeed. We are a blessed family. I am a gentleman blessed by God, I must be confronted. The war you have chosen, you must leave the children aside, since you are a man, come meet the man I am. You see how you fail, you attack my offspring. Leave my daughter alone, “he said. 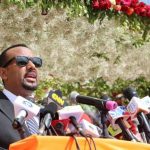 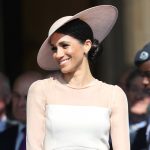