South Africa’s President Jacob Zuma has lain the blame for the current surge of refugees crossing the Mediterranean Sea into Europe at the feet of the Europeans themselves, reported Eyewitness News.

He says the migrant crisis was triggered by the North Atlantic Treaty Organisation (Nato) forces, attacking Libya after the Arab Spring, leading to the assassination of Muammar Gaddafi in 2011.

“…actions taken in the bombarding of Libya and killing of its leader that opened the floodgates … today those who were part of destabilising that part of the world, they do not want to accept the refugees. It is their responsibility. They caused it, they must address it.” said Zuma.

“And today those who are part of destabilising that part of the world they won’t want to accept the refugees. It’s their responsibility, they caused it, they must address it.”

Zuma did not, however, mention that South Africa voted in favour of Resolution 1973 which authorised military intervention in Libya. 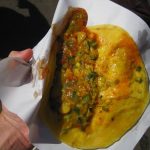 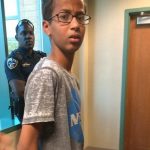