There’s no doubt about it: being the U.S. president is a hard and often thankless job. Richard Nixon famously said, “Scrubbing floors and emptying bedpans has as much dignity as the Presidency.”

Using the most recent data from 24/7 Wall St., InsideGov ranked every U.S. president by net worth, from lowest to highest. 24/7 Wall St. relied primarily on historical records to value each president’s assets and adjusted all numbers for inflation. They included factors such as land and property, income, inheritance, and book royalties in their calculation.

Overall, presidential wealth has gone through several notable trends. Many of the earlier presidents made their fortunes before entering the White House, largely through land speculation. In contrast, many of the modern presidents came into office modestly wealthy, but significantly boosted their finances through subsequent book deals and public speaking.

This group of nine won the presidency but never found significant wealth. Interestingly, six of these poorest presidents served in the period between 1857-1881. Clearly, the years before and after the Civil War were a tough time to be Commander-in-Chief.

Harding’s tenure as president ended abruptly when he died from heart failure during his second year of office. Before that, he had earned income primarily from a local newspaper he owned.

With the exception of his presidential salary, McKinley had no other significant sources of income. McKinley’s presidency took a tragic turn on September 14th, 1901 when he was assassinated–he served in office for 4.5 years.

Outside his presidency, Pierce had success as an attorney and owned land in New Hampshire. Compared to others on this list, though, Pierce’s net worth and political record are rather unexceptional.

Taft might have been the heaviest U.S. president–he allegedly got stuck in the bathtub–but his net worth was one of the lightest. “Big Bill” gained most his wealth from a long career in law.

President Hayes doesn’t have a particularly impressive legacy, but he did own a majestic estate in Ohio. Like many other U.S. presidents of his time, Hayes also had success as an attorney.

Fillmore has the distinction of being the last president from the Whig Party. His main financial asset was his estate in New York.

Outside his presidency, Harrison was an esteemed lawyer, who owned valuable property in Indiana. Some of his wealth was also passed down from his grandfather, President William Henry Harrison.

The older Harrison may have the same net worth as his grandson, but his presidency was far more abrupt. After delivering his inaugural speech in freezing rain, Harrison succumbed to pneumonia. His 23-day presidency is the shortest in U.S. history. Harrison’s fortune primarily comes from the estate of his wife’s family.

Before Taylor could make much of an impact as president, he died suddenly of gastroenteritis. He served in office for just over a year. Despite his untimely end, Taylor had amassed a small fortune from land speculation.

Before his presidency, Carter was a respected peanut farmer. But his real wealth came after his presidency in the form of lucrative book deals.

Ford had the challenging task of taking over the White House after President Nixon resigned. Like Carter, Ford made most of his fortune from book deals after his presidency.

The leader of the free world currently makes $400,000 a year–about as much as a high-level banker. While he can enjoy his salary until 2016, Obama has made most of his money from his two best-selling books.

In addition to his eight years as president, Eisenhower was a celebrated military commander and president of Columbia University. His largest financial asset was his large estate in Pennsylvania.

Polk’s accomplishments as president are often overlooked, but the one-term wonder successfully led the nation to victory in the Mexican-American War, restored the Treasury, and reduced tariffs. His landholdings were similarly impressive.

A successful Hollywood actor, Reagan starred in over fifty movies before his presidency and served as spokesman for GE. Post-presidency, Reagan found further success with a lucrative book deal.

Though the Watergate scandal tarnished Nixon’s legacy, it also led to some high-paying book deals and interviews. In fact, British talk-show host David Frost paid $600,000 for a series of interviews with “Tricky Dick.”

The second Commander-in-Chief had a rocky presidency. Losing his reelection to rival Thomas Jefferson was a major defeat for Adams. Nevertheless, Adams was a renowned attorney and married into a wealthy family.

Before entering politics, Bush had success in the oil industry and as a co-owner of the Texas Rangers baseball team. Bush currently makes revenue from his books and public speaking engagements.

As the son of John Adams, Quincy Adams had big shoes to fill. Like his father, Quincy Adams was a controversial president and lost reelection. He inherited most of his fortune, but also had success as a lawyer.

Like his son, Bush Sr. worked in the oil industry before entering the White House. He also owns significant property in Maine.

Grover Cleveland has the distinction of being the only U.S. president to serve two terms out of sequence. Known as the “Veto President,” Cleveland vetoed 414 bills, more than any other president at the time. Unsurprisingly, Cleveland had a formidable career in law and also had successful real estate investments.

Monroe presided over the “Era of Good Feelings” in the U.S. and was the last Founding Father to serve as president. Before his presidency, Monroe amassed wealth as a lawyer, farmer, and planter.

Sometimes referred to as “His Accidency,” Tyler abruptly assumed office when President William Henry Harrison died 23 days into his term. In addition to inheriting the White House, Tyler also inherited a massive tobacco plantation and married into a rich family.

Although Clinton had a successful law career before entering politics, his real wealth came after he left the White House. Clinton’s autobiography, My Life, has sold over 2.2 million copies. Additionally, Clinton has made a sizeable fortune from public speaking alone.

FDR was the longest-serving president in U.S. history, with over 12 years in the White House. He inherited significant wealth from his family and his marriage to Eleanor, but was never able to match the fortune of his older cousin Teddy.

Unlike many of the presidents on this list, Hoover did not inherit any wealth. In fact, Hoover was an orphan who made his fortune in the mining industry. Unfortunately, his business savvy couldn’t stop the onset of the Great Depression.

Following JFK’s assassination, Johnson assumed office under tragic circumstances, but quickly reinvigorated the nation with his War on Poverty. Johnson’s fortune primarily came from his large landholdings in Texas.

Known as the “Father of the Constitution,” Madison earned substantial income as both president and secretary of state. However, his real wealth came from his 4,000+ acre plantation in Virginia, named Montpelier.

For a self-proclaimed populist who dismantled the Federal Bank, Jackson had a surprisingly high net worth. His fortune primarily came from substantial landholdings and his military career.

Although the Roosevelts were a wealthy New York family, Theodore struggled financially in his earlier years. However, he gained wealth as a prolific author, writing over 40 books throughout his life. His most valuable asset was his Sagamore Hill estate on Long Island.

Washington’s massive net worth can be summarized in one word: land. The Washington family was one of the most successful land speculators in Virginia, and their Mount Vernon estate consisted of more than 8,000 acres.

JFK’s father Joe Kennedy built his fortune through several successful business endeavors, including banking, stock trading, selling liquor (not always legally), and producing movies. Technically, Kennedy was never a billionaire himself–he was assassinated before he could inherit his family’s wealth. But while he held office, he had access to his family’s large trust fund and numerous real estate holdings. 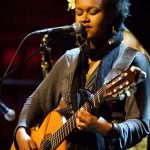 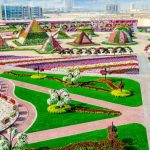