Before diving into the secret and mysterious wealth of Vatican city, lets first take a look at the well fitting scripture from Revelation 18:16.

“And saying, Alas, alas, that great city, that was clothed in fine linen, and purple, and scarlet, and decked with gold and precious stones, and pearls!” It’s hard to write a more poetic, yet still accurate description of the walled enclave that is Vatican City.

While the quote for the most part is a metaphor, some of it can be taken quite literally. For example, the Vatican holds a very large amount of solid gold. This amount has been estimated by the United Nations to be in the neighborhood of several billion dollars.

While it’s no surprise that the Vatican is more than well to do, it’s quite hard to pinpoint the exact net worth of the City State. This is mostly due to the fact that a large portion of Vatican assets – such as its gold-laden palatial church property – cannot be valued, as it will never be sold off. The Vatican owns a very large number of very valuable items, and in their collection they have priceless works of art by the likes of Michelangelo and Raphael.

Besides artwork, the Vatican also owns a global network of churches and religious buildings that serve the world’s 1.2 billion Catholics. While the Catholic Church gets a fair amount in donations, that’s definitely not where the majority of their money comes from.

The Vatican has a very dense and widespread investment portfolio – holding billions of shares in the most powerful international corporations. Just to give you an example – the Vatican is heavily invested in Gulf Oil, General Motors, General Electric, International Business Machines, Shell and many others. The Catholic powerhouse also has large investments with the Rothschild family, and a number of world-renowned banks. In the United States alone, the Vatican is deeply invested in the Morgan Bank, the Chase-Manhattan, the Bankers Trust Company and a number of others. Their investments are so diverse and abundant, that it could make for a separate story.

In fact, writer and philosopher Avro Manhattan tells such a story in his book, ‘The Vatican Billions’. And to iterate a relevant excerpt from the book – quoting a nationally syndicated Catholic priest, let’s read on.

“‘The Catholic Church,’ he said, ‘must be the biggest corporation in the United States. We have a branch office in every neighborhood. Our assets and real estate holdings must exceed those of Standard Oil, A.T.&T., and U.S. Steel combined. And our roster of dues-paying members must be second only to the tax rolls of the United States Government.’”

What a bold statement, but it definitely has some essence to it. Some of the best estimates place the Vatican net worth in the neighborhood of $10 to $15 billion. In a way, it’s funny to think that the Catholic Church is the biggest financial power on earth, when the basis of Christianity stems from the poorest of the poor – Jesus, who had not even a pillow upon which to rest his head. Really makes you question the conduct of the church.

Now that we’ve covered the Vatican, let’s take a closer look the state’s ruler – the Bishop of Rome, or more commonly – the Pope. The current pope is Francis, whose papacy began in March of 2013. You’ve got to admit, you’re at least a little bit curious as to what the spiritual leader to one-sixth of the world’s population is worth. While this number is hard to determine, it can be said Francis is quite modest – compared to his predecessor Benedict XVI.

With the new pope taking over, many older Vatican traditions began to change. The humble pope parted with the Vatican tradition of velvet capes, fur trims and solid gold rings. Instead he wears the same iron cross he had since he was anointed auxiliary bishop of Buenos Aires in 1992, paired with a very humble, silver papal ring. The presence of extravagant vestments is far out of sight, and the pope now wears simple, and modest whites.

Pope Francis has become well known for his simple tastes, and his humble lifestyle extends much further than his choice of clothes. As Cardinal, he carried his own bags during his travels and preferred public transportation over chauffeur-driven limousines. This humility also extends into the kitchen. Baked chicken with salad paired with an average wine, is hardly a meal fit for a leader of over 1.2 billion people, but nonetheless, the pope finds it more than fitting.

While the current pope is a modest man of simple tastes, there are many clergy members that do not follow in his footsteps. Let’s take the ‘Bishop of Bling’ for example. Bishop of Bling is a nickname that the Roman Catholic Bishop of Limburg – Franz-Peter Tebartz-van Elst – has earned for himself, due to funding his lavish lifestyle with Church funds.

Tebartz-van has been accused of buying first class tickets (when going to India to visit the poor) and spending over $15,000 on a bath for his home. This scandal was quite an embarrassment to the frugal Pope Francis, who has been preaching the virtue of modesty. To quote the man himself, “the world has become an idolator of this God called money.” This excerpt ties in perfectly with Franz-Peter’s extravagant purchases, amongst which was a $25,000 conference table, and a private chapel worth $3 million.

The above are just some of the lavish purchases made by the Bishop of Bling, and his total spending of church funds was fairly close to $40 million. Pope Francis banned the Bishop from his diocese for his transgressions, and Tebartz-van retired shortly after.

Pope Francis is certainly a refreshing sight for Catholic leadership. In fact, many Catholics are praising the leader for his refreshing simplicity and sense of all embracing equality. 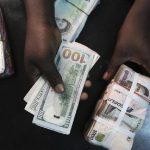