The commitments of black individuals to America’s history crosswise over different fields have, throughout the years, been to a great extent overlooked and this is additionally obvious in the spirits business.

The tale of how Jack Daniel started his refinery through the assistance of an oppressed African-American, Nearest Green, as of late became known. Jack Daniel was apprenticed in his childhood to a Tennessee-based Lutheran minister, merchant, and distiller named Dan Call.

Green was a master distiller who was also owned by Call. Green would go on to teach Jack Daniel everything he knew about the art of distillation and the operation of a whiskey still.

ALSO READ:  This Woman Drank A Glass Of Tomato Juice Every Day For 2 Months: The Result is Amazing! (+RECIPE)

Green’s story is now gaining more traction as one woman, Fawn Weaver, is all set to open a new whiskey distillery this month in honour of Green’s legacy.

According to an article on Essence, this 270-acre distillery is the first in U.S. history to honour an African-American whiskey maker, and one of the few distilleries in the country owned and operated by a Black, female lead.

ALSO READ:  10 Disturbing Facts About The Woman Who Inspired 'Dracula'

A popular American whiskey was lost to the legacy of a white man, and that’s something Weaver, who is also an author, is reclaiming.

The entrepreneur, investor and author of “The Happy Wive’s Club” went from reading a story in The New York Times to becoming the first female coloured person to run a major whiskey brand.

Uncle Nearest co-founder and CEO Weaver met with Nathan ‘Nearest’ Green’s descendants, who gave her the permission to put his name on a bottle and start the Uncle Nearest whiskey company.

It is her way of honouring the man known as the Godfather of Tennesee whiskey and leading a movement to ensure that his whiskey legacy lives on for generations.

“Every time you take that sip, you should be telling the story of Nearest. That’s how we make sure that his legacy is not only cemented but it continues beyond us to the next generation,” she said to Robert Miller.

“Uncle Nearest,” a special whiskey distillery in American history, will open its doors to the public in Tennessee on September 14, 2019, in Shelbyville.

The brand is also in 148 countries and a lot of the proceeds go into a foundation with the mission to make sure that every descendant gets a college education.

From New York Times bestselling author to whiskey connoisseur, for Weaver, this project ends when she is satisfied that Nearest Green is known anywhere around the world she visits.

“As I began working on this, I realized the significance of the story of Nearest Green. I didn’t really truly understand the significance until I began digging in. He wasn’t just the first African American distiller on record in the United States. He to this day remains the only one of any major brands — period,” she was quoted by Essence.

“And we’re not just talking about whiskey, we’re talking about of any spirit. When I learned that there was no African American ever that had been commemorated on the bottle that was crazy to me, because we were apart of this industry from the very beginning.” 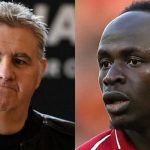 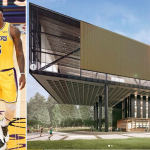