Political watchers have been giving their take on the events in the southern African nation as global leaders continue to react to Mugabe’s resignation. A lot of ink has gone into the entire episode as journalists continue to run Zimbabwe – related material even after Mugabe.

One group of artistes who have also refused to be left out are cartoonists, who bring a somewhat funny perspectives to the events. Below are a series of cartoons depicting the end of Mugabe – at the time of resignation, the world’s oldest political leader. 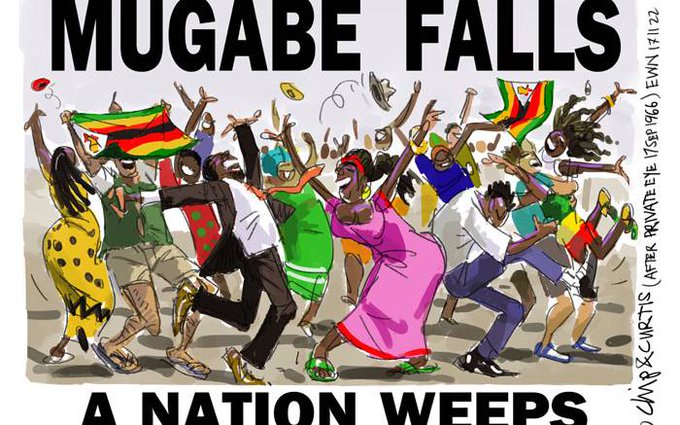 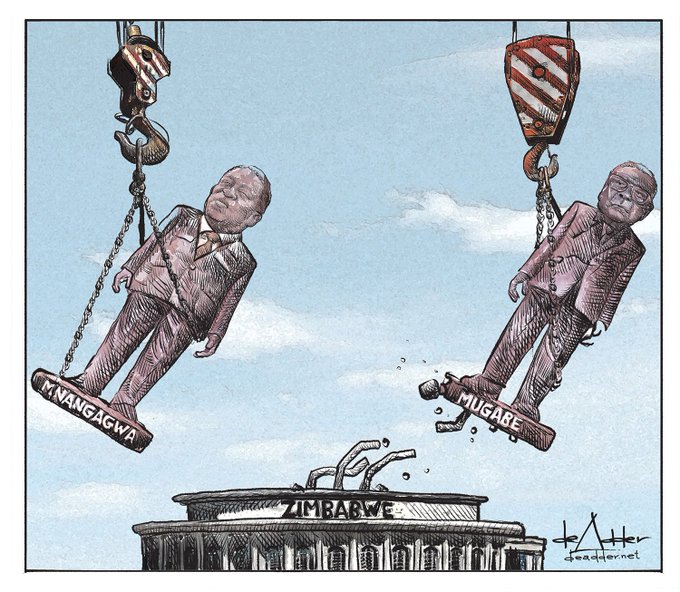 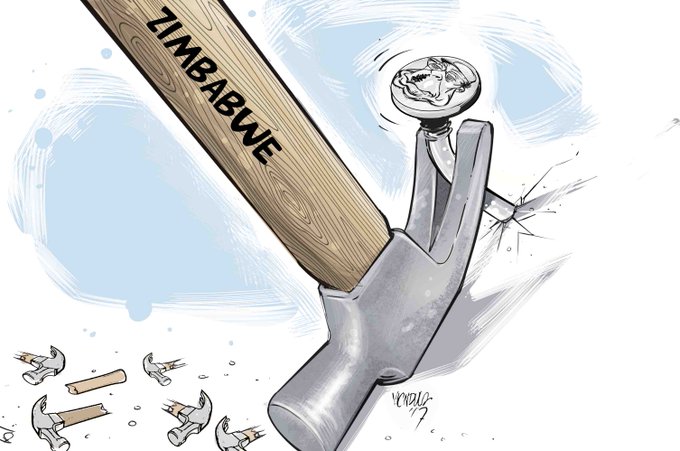 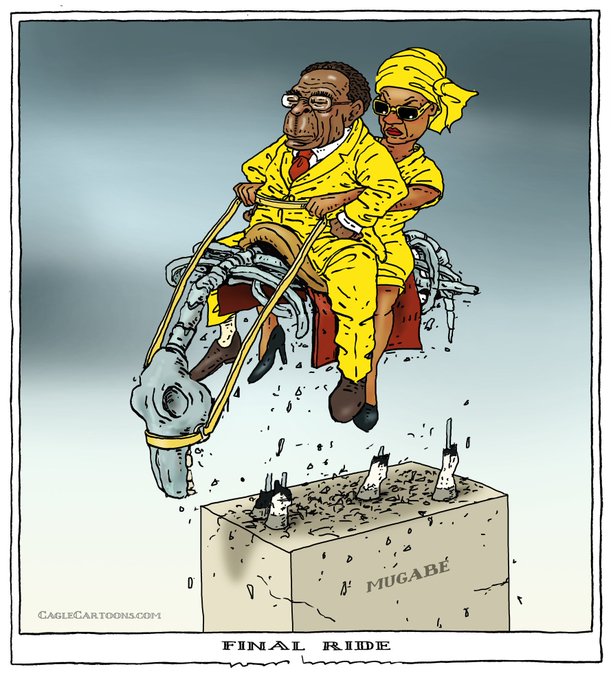 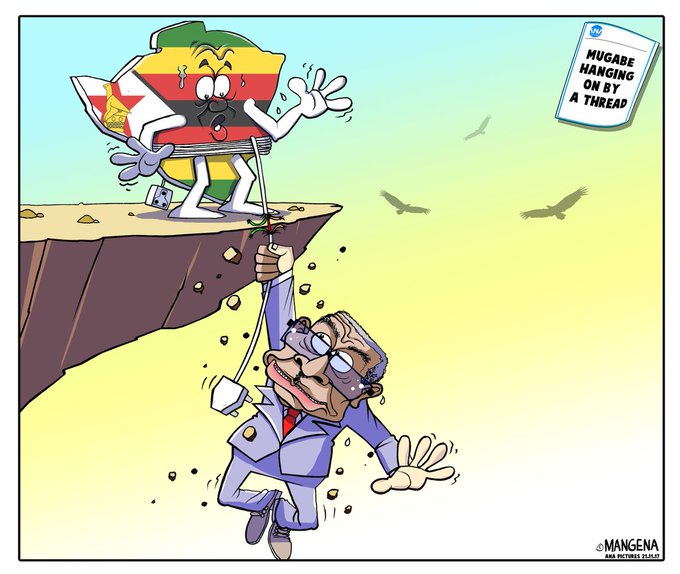 #Mugabe hanging on by a thread (cord) 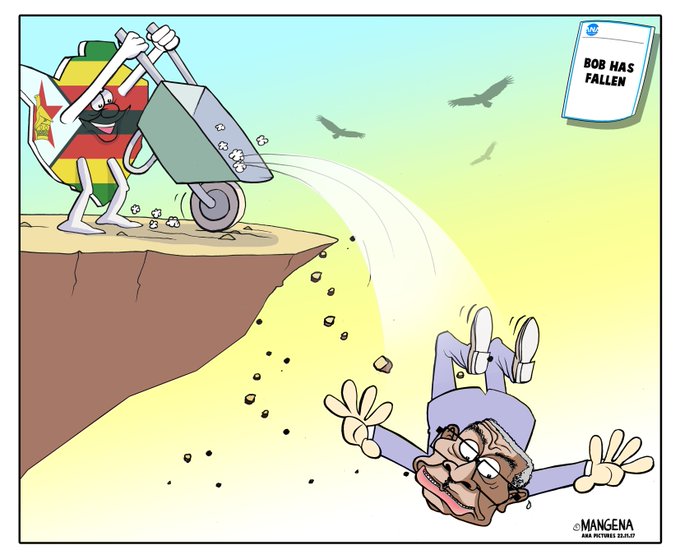