1. The United States of America:

Slavery transformed America into an economic power. The exploitation of blacks as free labor was South, the richest and most powerful region politically in the country. British demand for US cotton made southern stretch of the Mississippi River “Silicon Valley” of his time, with the largest concentration of the nation’s millionaires.

But slavery was a national company. Many Wall Street firms such as JPMorgan Chase, New York Life and the now defunct Lehman Brothers made fortunes investing in the slave trade, the more profitable business of 350 years of history of New York. Slavery was so important to the city as New York was one of Northern urban municipalities the most pro-slavery. 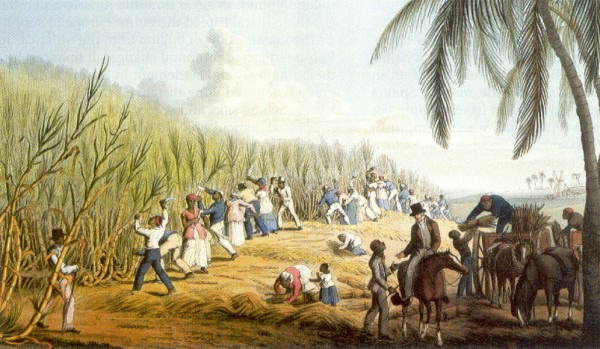 From 1500 to 1860, according to  very conservative estimates , about 12 million Africans were sold as slaves to the Americas. In the only British ships, 3.25 million Africans were shipped. These trips are often very profitable. For example, in the seventeenth century, the Royal African Company could buy an African slave trade goods with a value of $ 5 and sell it to America $ 32, making an average net profit of 38% per trip.

Planters and slave traders who sold slaves and products of slavery were among the richest people of the eighteenth century in Britain, but many other British citizens benefited from the industry of human trafficking.

Profits from slavery were used to acquire Oxford, a splendid library; to build a dozen banks, including the Bank of London and Barclays; and to finance the experiences of James Watt, the inventor of the first efficient steam engine.

As the main catalyst of the Industrial Revolution, the transatlantic slave trade provides plant owners doing business in textiles, iron, glass and firearms a mega-market in West Africa, where the goods were traded for slaves. Birmingham had over 4,000 arms manufacturers, with 100,000 weapons per year for the slavers. The boom in the manufacturing sector provides many jobs for ordinary people in Britain who, in addition to working in factories, could be used to build roads and bridges, as well as hunting, mining, etc.

With more than 1.6 million African slaves transported to the West Indies, France is clearly a major player in the slave trade. His slave ports contributed greatly to the economic progress of the country in the seventeenth century. Many of its cities on the west coast, such as Nantes, Lorient, La Rochelle and Bordeaux, built their wealth through the main benefits of the triangular trade.

In the late 1780s, Santo Domingo, now Haiti, became the richest and most prosperous Caribbean colony, cementing its vital port status in the Americas for goods and products to and from France and Europe.

Income and tax slave sugar production have become a major source of the French national budget. Each year, more than 600 ships visited the ports of Haiti to transport its sugar, coffee, cotton, indigo, cacao and European consumers.

The Dutch West India Company (IOC), a company authorized by Dutch merchants, was created in 1621 as a monopoly on the trade in African slaves to Brazil, the Caribbean and North America.

The IOC had offices in Amsterdam, Rotterdam, Hoorn, Middelburg and Groningen, but a quarter of Africans transported across the Atlantic by the company were transferred to slave ships from Amsterdam. Almost all the money that financed the slave plantations of Surinam and the Antilles had bankers in Amsterdam, as a large number of ships used to transport slaves were built there.

Many raw materials which were processed into finished products in Amsterdam, like sugar and coffee were cultivated in the colonies using the slave labor in factories and then refined in the Jordaan district.

Revenues for goods produced by labor slaves financèrent much of the golden age of the Netherlands in the seventeenth century, a period known for his artistic achievements, literary, scientific, and philosophical.

Slave labor created vast sources of wealth for the Dutch in the form of precious metals, sugar, tobacco, cocoa, coffee and cotton and other goods, and helped finance the creation of beautiful and famous Amsterdam canals and downtown.

Portugal was the first of all the European countries to get involved in the transatlantic slave trade. The fifteenth to the nineteenth century, the Portuguese exported it 4.5 million Africans as slaves to the Americas, making it the largest trafficker in Europe.

Slave labor was the driving force behind the growth of the sugar market in the Portuguese colony of Brazil, and sugar is the main export from 1600 to 1650. The deposits of gold and diamonds were discovered in Brazil 1690, which provoked an increase in the importation of slaves from Africa to feed this new profitable market.

Much of the interior of Brazil where gold was mined was known as Minas Gerais (General Mines). The gold mines in this region have become the main Brazilian colonial economy during the eighteenth century. In Portugal, the gold was mainly used to pay for industrialized goods such as textiles and weapons, and build magnificent Baroque monuments such as the Convent of Mafra.

From 1492, Spain was the first European country to colonize the New World, where they established an economic monopoly in the Florida territory and other parts of North America, Mexico, Trinidad, Cuba and other Caribbean islands. Indigenous people of these colonies died mostly from disease or enslavement, so that the Spanish were forced to rely more and more on the work of African slaves to manage their colonies.

The money from these colonies created great wealth for the dynasties of Hapsburg and Bourbon throughout the influence of Spain on the area. But it has also attracted European rivals Spain, prompting the Spanish leaders to spend the wealth of the Americas to supply successive European wars.

The Spanish port cities prospered. Sevilla, who was the royal monopoly on New World trade was transformed from a provincial harbor in a big city and an important political center. Since the Spanish settlers do not yet produced their own basic foods such as wine, oil, flour, arms and leather, and had large financial reserves to pay the price in Castile and Andalusia augmented strongly as traders were buying goods to ship.

The price of oil, wine and wheat tripled between 1511 and 1539. The great vineyards of Jerez, Jaen olive groves, and the Toledo arms and leather industry were established in their present scale over the years. 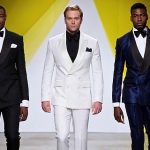 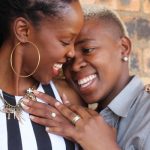