On August 15th, Shanghai’s Jiaotong University, as usual on the same date, published the list of the top 500 universities in the world. A highly anticipated ranking at this time of year.

The Shanghai ranking takes into account the following criteria: number of Nobel Prize winners and Fields medals among former students and researchers, number of researchers most cited in their discipline, articles published in the Nature and Science journals during the last five years. To this should be added the articles indexed in “Science citation index” and “Humanities citation index”, and the academic performance with regard to the size of the institution.

These criteria are worthy of being criticized in the Shanghai ranking. However, it remains highly consulted and serves as a reference.

For the first time, the Academic Ranking of World Universities launched the list of institutions from 501 to 800. This Top 800 brings together the universities that have the potential to enter the top 500 in the years to come . In the ranking of the countries, the United States and China prance with 55 universities in this “Top candidates”.

Highlights of the ranking

At the front, you can see Harvard and Stanford respectively to the 1 st and 2 nd Place. The surprise is the University of Cambridge (UK) which takes third place in front of MIT, the Massachusetts Institute of Technology in the United States and the University of California Berkeley. 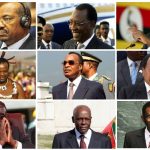 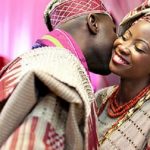