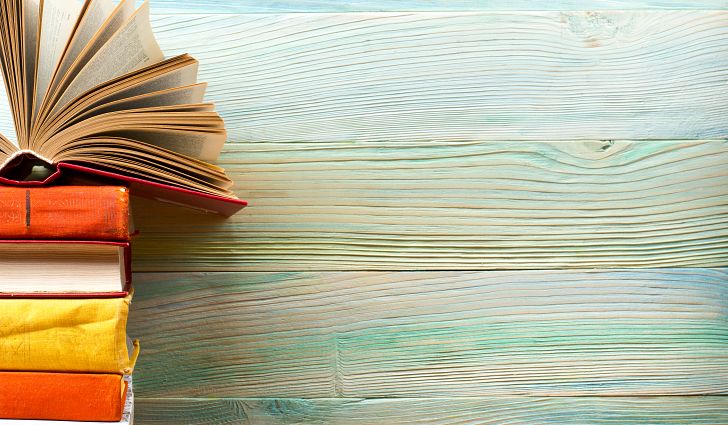 The ability to read and write, or literacy, is considered a basic human right. It has been connected to higher levels of self-esteem, improved public health, and economic progress. Many countries around the world have implemented literacy programs in an effort to combat illiteracy. The nations of Africa are no exception, however, illiteracy rates on this continent continue to be high. For example, approximately 38% of adults across Africa are illiterate and of these individuals, roughly 66% are women. This percentage means that more than half of the parents in these countries are not able to understand the homework that their children bring home from school; Africa is the only continent where this is true. The illiteracy here does seem to be concentrated in a select few countries. This article takes a closer look at the 10 least literate nations of Africa, 7 of which are located in West Africa.

The Least Literate States Of Africa

Niger is the least literate country in Africa and one of the least literate in the world. In this nation, only 19% of individuals over the age of 15 are able to read and write with comprehension. This low rate is a reflection of the poor quality of education available here. Although the government has mandated primary education at no cost to residents, enrollment rates remain lower than expected. The lowest enrollment rates are found among girls, who are traditionally placed in child marriages and expected to stay home. Additionally, many people in Niger work in agriculture and see no need for formal education.

Guinea has a 30% literacy rate in the population over the age of 15. This percentage represents a slight increase over 1996, when it was registered at only 20.6%. Like Niger, this country has a particularly low public school enrollment rate and those individuals who do go to class are taught by underqualified and poorly trained teachers. Additionally, the government here does not make education a top priority, allocating only 1% of the national budget to this public service.

The literacy rate in South Sudan is reported at around 32%, which means that less than a third of all individuals over the age of 15 are able to read and write with comprehension. This percentage is a slight improvement over previous years, however, when South Sudan was considered to have the worst literacy rate in the world. This country has experienced approximately 50 years of political and civil unrest, violence, and warfare that has left it in this position, struggling to meet the need for public education. It has only recently become an independent nation (as of 2011) and since then, has been working to improve its educational system for both youth and adults.

Mali has a 33% literacy rate in the adult population and men make up the majority of those individuals with the ability to read and write. For example, as of 2013, 43.1% of men over the age of 15 in this country are considered literate. That percentage is only 24.6% for women, although some reports estimate the amount to be much lower. Public education in Mali is provided at no cost to the population, with the exception of books, uniforms, and other fees. Because of the high rates of poverty in this country, many families are unable to afford the costs associated with sending their children to school. The enrollment rate in Mali, therefore, is low when compared to the global average, which results in low levels of literacy.

With only 37% of its adult population able to read or write, Central African Republic comes in as the 5th least literate country in Africa. The public school enrollment rate in this country was only around 43% in 2001, which is a reflection of a number of issues with the educational system here. For example, girls often stop attending school after the first few years of primary education, due to pressure to get married and have children. Additionally, Central African Republic has suffered a significant number of losses because of the HIV/AIDS epidemic. In fact, the government was forced to shut down hundreds of schools in the late 1990’s after losing many qualified teachers to the virus.

Burkina Faso has an adult literacy rate of only 38%. Despite this low number, it does indicate a significant increase over past literacy rates. In 1991, for example, only 13.6% of the population was able to read and write. This number continued to increase and in 2003, was 21.8%. This country has achieved a 21.76% average annual improvement rate.

Benin is tied with Burkina as the 6th least literate country in Africa. Here, only 38% of the adult population is able to read and write. In 2006, this number was 28.7%. In 2007, the government made public education free to the population, which led to a significant jump in student enrollment numbers. Additionally, the literacy rate has increased by roughly 10% over that time.

Chad is considered the 7th least literate country in Africa. Only approximately 40% of the adult population here is literate. Since 1993, when the literacy rate was only 10.9%, this country has experienced an annual average increase of 46.54%. This improvement can be attributed to governmental efforts to improve classroom environment and teacher training during the 1970’s and 1980’s.

With only 43% of its adult population able to read and write with comprehension, Cote d’Ivoire stands as the 8th least literate country in Africa. Despite this low ranking, this country has achieved significant improvement since 1988, when only 34.1% of the population could read and write. During the 80’s, the government of Cote d’Ivoire invested a higher percentage of its budget in the educational sector than any other country in the world, in terms of percentage of the gross domestic product.

Liberia has a 48% literacy rate, which represents an 18% increase over the 1984 report. The warfare experienced by this country has contributed to this low level of literacy, making development and improvement in its public sectors difficult to achieve.

Sierra Leone is tied with Liberia as the 9th least literate country in Africa. Here, only 48% of the adult population is able to read and write. Like many other countries on this list, Sierra Leone has had political unrest, violence, and warfare, all of which have disrupted the development of public sector services. The government is currently working to establish community education centers in order to combat its problem with illiteracy.

Ethiopia is the 10th least literate country in Africa, with an adult literacy rate of 49%. In 1994, this number was just 27%, indicating a large improvement. This improvement is expected to continue as the public school enrollment rate has recently reached 90%. Additionally, the government of Ethiopia is currently working with the World Bank Group to implement the General Education Quality Improvement Project, which will help increase the literacy rate as well.

The Least Literate States Of Africa