The order to crush Boko Haram by the end of the year is well intended and most appropriate, however it opens up reasons for concern based on history and as has been elucidated in recent reports.

We cannot lie to ourselves; we know the army. Nothing transformed over night. We love and support our troops, are compassionate about them and appreciate their gallantry and valor, however we realize that for 30 something odd years the Nigerian army has been deprived of proper training, equipment and standardization and this has led to a sub-optimal force.

In the middle of this time of trial for the army, Nigeria is being tested with one of the largest and the most deadly jungle and urban terror insurgencies in recent world history. The same decades starved, deprived, demoralized and undermined soldiers who were guilty of abuses in Jonathan’s era and were encouraged to a lack of professionalism are again largely at the forefront of the war against Boko Haram.

While Nigeria is rapidly transforming from the CHANGE the nation got with the election of Buhari and Osinbajo and their selections of new heads of service; we will be dishonest to say the army has completely transformed over night as we non combat preoccupied civilians ourselves are yet just struggling to learn what competence, integrity and patriotism mean. Some army commanders are expectedly still unprofessional and trigger eager while there are still frank saboteurs in the ranks. A prominent…most prominent Borno son and elder Statesman and supporter of this revolution for CHANGE, Professor Kalifa Dikwa recently cried out to the army that his blood elder brother, his nephews and other male family members were summarily executed by some “military commanders” last week in his village, Katulbare in Dikwa. Dikwa was just liberated with 5000 captives freed. They were not surprisingly mostly women and children.

Recently, based on the reality of embedded Boko Haram terrorists, Cameroon deported thousands of displaced Nigerians. Our men are being killed by Boko Haram or by our army who are not able to determine if and which among them are terrorists hiding among civilians. This is a serious problem. In eagerness to fulfill the mission to defeat Boko Haram in record time, more such mistakes are predictable. We cannot afford to loose the men and support of locals in our war against terror.

While Nigeria has been criticized and reprimanded for military excesses, today things have changed, and there is a new regime that promises and has demonstrated repudiation for erring officers; however we cannot replace life and must work extra hard to prevent any unnecessary loss of innocent life in the complex theatre of war.

War is difficult, indeed no singular act is more betraying to the wars against terror than the US-Iraq loss of over 2300 US built armored Humvees to ISIS last June, which US republican front-runner, Donald Trump criticized in recent campaigns, an error or crime that belittles Nigeria’s worst atrocities, however there remains no excuse for giving an advantage to terror and annihilating life and support of the locals.

To this end, ENDS repeats its suggestion over the years that the overburdened and worn out Nigerian army must work hand in hand with civilians, the Civilian-JTF, hunters, vigilantes, ex-servicemen and other volunteers to properly achieve the quick defeat of Boko Haram. Indeed a Joda, Ribadu, Orasanye inclusive think-tank constituted by former president Olusegun Obasanjo recently agreed with our recommendations of Nigeria needing to work with these locals against Boko Haram. The problem of identifying Boko Haram terrorists hiding in local populations can best be tackled with locals participating at intelligence levels and the war front.

Our second recommendation which we understand is already in process is for the army to urgently and immediately acquire sophisticated intelligence tools and gadgets. Bomb detectors, gun-powder residue presumptive test kits and other intelligence tools should be made available to officers in the battle front to assist screening of citizens immediately.

Thirdly, we do believe the soldiers engaged in the war in the northeast are being rotated for quick courses in proper military ethics and professionalism. This should be sustained and prioritized. 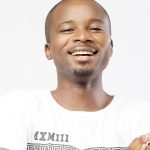