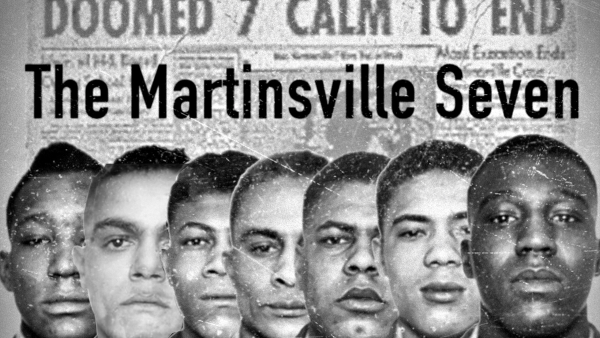 On the evening of January 8, 1949, a 32-year-old White woman, Ruby Stroud Floyd accused 13 Black men of raping her while she had gone to a predominantly Black neighborhood in Martinsville, Virginia to collect money for clothes she had sold. Following the accusations, two Black men — Frank Hairston, Jr. and Booker T. Millner — were first arrested by the police.

Most of them were in their late teens or early 20s and were working as laborers in small-scale furniture factories and warehouses when they were picked up, according to BlackPast. Grayson, who was the oldest of the suspects, was 37 and a World War II veteran.

Floyd identified Grayson and Hampton as her rapists but found it difficult to identify the other men as the attack happened at night. The Martinsville Seven initially confessed to committing or witnessing the crime when questioned by the police. They were all charged with rape by the spring of 1949.

All-white and all-male juries for 11 days heard accounts from various people, including those Floyd allegedly approached for help after the incident. There was also medical evidence of Floyd’s injuries but defense lawyers argued that Floyd had consented to sexual intercourse. They also argued that the local police forced the defendants to make their initial confessions. At the end of the day, juries convicted all seven men of rape and recommended the death penalty.

Protests erupted in Virginia and beyond following the sentencing. As people pleaded for mercy, lawyers for the NAACP “argued on appeal that Virginia’s legal code was hardly race-neutral since whites convicted of rape “seldom if ever” received the death penalty,” BlackPast wrote. But the NAACP’s arguments were rejected by the courts. The U.S. Supreme Court also rejected the case twice without review.

After having used up all legal strategies to save the seven young men, the NAACP and other organizations started mounting pressure on state and national officials to step in. Newspapers wrote editorials, letters, among others to halt the execution of the seven men. Local vigils were also held, with demonstrators in Washington and Harlem marching in front of the White House to persuade President Harry S. Truman to intervene.

But the president did not get involved, and the governor of Virginia at the time denied a last-minute plea for a stay, as stated by The New York Times.

Seventy years after their executions, the Martinsville Seven were pardoned on Tuesday by Virginia’s governor, who said that they were denied due process because of race. The governor, Ralph Northam, announced the pardons after meeting the descendants of several of the men and their advocates.

At the time of their executions, rape was a capital offense. But on Tuesday, Northam said the death penalty for rape was applied almost exclusively to Black people. He said from 1908 when Virginia began using the electric chair to 1951, records show that all 45 people executed for rape were Black.

“While these pardons do not address the guilt of the seven, they serve as recognition from the Commonwealth that these men were tried without adequate due process and received a racially biased death sentence not similarly applied to white defendants,” Northam said Tuesday.

“We all deserve a criminal justice system that is fair, equal, and gets it right — no matter who you are or what you look like. I’m grateful to the advocates and families of the Martinsville Seven for their dedication and perseverance,” he added.

Family members of the Martinsville Seven said their relatives were interrogated without the presence of a lawyer and were coerced to confess. James Walter Grayson, the son of Francis DeSales Grayson, one of the seven men, broke down and sobbed when Northam told family members he would grant the pardons.

“It means so much to me,” Grayson, who was four years old when his father was executed, said of the pardon. “I remember the very day the police came to the door. He kissed us and they took him away.”

Advocates and family members of the seven men in December asked Northam to issue posthumous pardons. They did not argue about the guilt or innocence of the seven men in their petition but noted that the punishment given to them was unfair and unjust.

Since assuming office in 2018, Northam has granted 604 pardons, more than the previous nine governors combined, his administration said. In March, he signed legislation abolishing the death penalty in Virginia.

“This is about righting wrongs,” Northam said. “We all deserve a criminal justice system that is fair, equal and gets it right – no matter who you are or what you look like.” 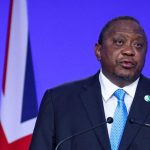 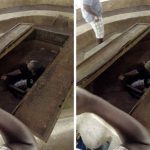