Having been targeted four times earlier in similar attempted assassinations, there was the fifth time Ghana’s first president, Kwame Nkrumah, was escaping an assassination attempt on his life, but all thanks to his security guard.

Throughout his presidency, Nkrumah had close encounters with deaths for at least seven times following what analysts said were his unpopular policies.

When he was not being shot at, he was being bombed. He was bombed at home, in his office, and while addressing political rallies. He escaped them all but scores were injured as a result and others were killed.

Salifu Dagarti, Nkrumah’s security guard who shielded him from a fifth plan to kill him would also die in the process. This failed assassination attempt happened on January 2, 1964, at about 1.15 pm as Nkrumah left his office at the Flagstaff House to the Christianborg Castle for lunch.

Nkrumah was walking toward his car outside his office with two security guards – Dagarti, who was a British-trained professional police officer, and the other, who was provided by the president’s own party, Convention People’s Party (CPP).

ALSO READ:  What To Know About The Rivalry Between Ghana’s Nkrumah And Togo’s Olympio

Suddenly, a shot rang out. It came from a policeman on guard at the Flagstaff House who had just been transferred to duty there. He would later be identified as Constable Ametewee.

From a close range, Ametewee had shot at the president. The driver of the president’s car immediately disappeared. The CPP security guard hid behind the car while the President and Salifu dived for cover, according to a report.

It added that when Salifu rose to his feet to find out what was happening, he was instantly shot through the head. Other accounts said that Salifu shielded Nkrumah from the multiple shots with his body, leading to his death. Two additional shots were fired at Nkrumah but this time around, the president’s bullet-proof vest saved him, according to other reports.

Constable Ametewee still did not give up. He tried to fire his fifth shot, but the bullet was accidentally ejected. Realising this, Nkrumah got out of his hideout and ran, while shouting for help.

According to a report from the British High Commission in Accra, “a number of armed policemen apparently watched with interest to see how the incident would end but did not move. Senior officials similarly watched from the windows of nearby offices, one of them confining himself to the single comment: ‘They’ve bungled it again’.”

Nkrumah ran to the kitchen of the Flagstaff House while Ametewee chased him. There, the two got into a brawl. Ametewee collapsed after Nkrumah kicked him in the groin. That was the moment police officers arrived at the scene, the report added.

By 1.45 pm, policemen and armoured cars from a nearby camp had formed a cordon around the Flagstaff House, while top police and military officials called at the president’s office, reported The New York Times.

In the heart of Accra, business went on as usual till around 4 pm when a rather brief broadcast was made on national radio that another assassination attempt had been made on the president.

The announcement said the president was saved and that the assailant was in custody. Dagarti, who had displayed utmost loyalty and bravery, and extreme commitment to his work was hailed a hero and given a state burial with full military honours. The state also announced that it would cater for his dependents.

When Nkrumah led the Gold Coast (now Ghana) into independence in 1957, he said that Ghana’s independence is “meaningless unless it is linked up with the total liberation of Africa”, reflecting his vision for a united Africa.

He pursued a radical pan-African policy and played a key role in the formation of the Organization of African Unity (now African Union) in 1963. But as president of Ghana, he faced stiff opposition from leading political opponents and was later accused of being a dictator.

In 1964, he formed a one-party state to make himself “president for life” to the dissatisfaction of critics. This was also to make his governing Convention People’s party the only national party.

Nkrumah had earlier announced plans to take power to dismiss judges of the Supreme Court and High Court at any time. His insistence on the one-party state, the institution of the Prevention Detention Act, among other unpopular policies brought him many enemies who would eventually fight for his removal.

Nkrumah’s first encounter with death was in 1956, a year before Ghana gained independence. While he was having a meeting with some government ministers in his house, a bomb exploded, but luckily, no injury was recorded.

In August 1963, a grenade was thrown at him near Ghana’s Upper Volta. He got injured, but several people in the crowd died. Seven people were later condemned to death over the incident.

Another bomb had in that same year exploded while the president drove through a crowd of supporters while he was coming from a political rally. In September 1962, over 50 people also got wounded by a blast near the president’s residence.

When the January 1964 shooting incident occurred, the personal protection of the president was immediately taken from the police and given to the Army. Some top police personnel were also dismissed.

Dr J.B Danquah, the leader of the opposition party at the time, was taken into detention while the former chief justice, Sir Arku Korsah, was also taken in for questioning but later released.

Nkrumah would, in two years, February 24, 1966, be overthrown by the military with western backing. He spent his last years in exile, dying in Bucharest, Romania on April 27, 1972.

This is how his daughter, Samia Nkrumah, described the 1964 assassination attempt on his father:

“As a child, I remember father entering the house with blood all over his face and clothes having escaped the planned attempt to kill him. There were other close encounters with death culminating finally in the treacherous plot which removed him from power on 24th February 1966. All add up to a great conspiracy which finally ended his life,” she wrote. 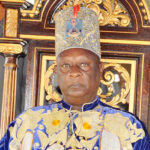 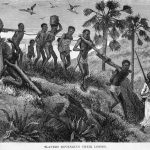