Folorunsho Alakija is by far the richest black woman with her fortune of $7.3 billion, according to Forbes.

Nigerian businesswoman Folorunsho Alakija earned her wealth mostly from Famfa Oil, that holds 60% stake in oil field. She went from working as a secretary and trying out n fashion design in London, she went on to gain the wealth that is twice as big as the wealth of other most notorious black woman – Oprah Winfrey.

After trying out in London, she came back to Nigeria and started working as a secretary in Merchant bank, and then went on to found Supreme Stitches, that made clothes for most notorious clientele in Nigeria. She acquired the license for oil prospecting in Nigeria’s coastal waters. She has also founded the Rose of Sharon Foundation, supporting orphans and widows.

According to Alakija, she did not get a university degree, and she says that while she still thinks that getting an education is important, still “You do not have to have a university education to be able to make it so count yourselves privileged to have that education as part of the feather in your cap”.

Right now she is 63 years old and ‘not yet done’, as she said in her recent talk at the University of Lagos, at a ceremony dedicated to the 2014 UN International Youth Day. 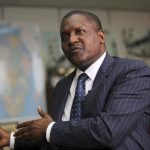 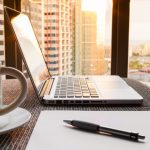