The Mauritanian shines light on the imprisonment of a terror suspect in Guantanamo Bay. It’s a film based on Mohamedou Ould Slahi’s best-selling memoir, ‘’Guantanamo Bay’’.

The book details his experiences behind bars at the military prison in Cuba. He spent 14 years here without charge. Slahi, was accused of being involved in the 9/11 attack on the United States, and receiving a phone call from Osama bin Laden’s satellite phone.

Director of the movie, Kevin Macdonald wants people to fall in love with the muslim protagonist.

Loading...
“I want people to go in perhaps with their prejudices that they might have about a Muslim man who’s been accused of terror and to come out having fallen in love with him and realizing that he’s a human being as warm, as intelligent, as likeable as anybody you could possibly meet”, he said.

Despite his long prison time, Slahi wasn’t not angry or resentful. He’s described as one with a sense of humor and joy. French-Algerian actor, Tahar Rahim plays Slahi. The actor was initially uncomfortable to take up the role. Then, he was concerned that the role could paint a stereotypical view of life at the prison. But honoring the life of Slahi has earned him a nomination for a Golden Globe award. Jodie Foster, who plays Slahi’s defense attorney also got a Golden Globe nomination for best actress in a Supporting role.

“I don’t see this quite often on screen, a character Middle Eastern or north African or Muslim, whatever – depicted this way, as a human being with flaws, with good sides, with weakness and resilience – you see a lot of things. And to me, you know, I saw just a character. Not a character from there or there – it was just a beautiful part. And I wanted to do him justice as well”, Rahim said.

The Mauritanian, co-starring Benedict Cumberbatch as a Marine Corps. lawyer, comes out in the US on Friday February 12.

Slahi was released from Guantanamo in 2016, and since he was allowed by the US department of Defense to leave for Mauritania, a guard who was assigned to monitor had flown to his home to pay a visit. The former Guantanamo guard, Steve Wood became friends with Slahi while he was guarding him. 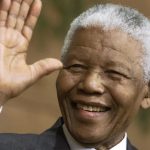