Patrick Francis Healy is the first African-American doctorate recipient. In 1865, Healy received his doctorate from Louvain University in Belgium.

He was raised in Jones and Macon, Georgia, as one of nine children of his enslaved father and mother. When the family patriarch died, he left his children and wife freedom. The family was able to escape slavery thanks to explicit instructions and funding, and education became a priority as a result.

Healy and his brothers all went to Holy Cross College in Massachusetts. According to reports, the institution was aware of their racial heritage and did not consider it a problem. Each brother rose through the ranks of the American Catholic church, eventually becoming the first African Americans to be ordained as Catholic priests.

Patrick committed to being a “trickster” by enrolling in formal education. He accomplished this by traveling, speaking many languages, and acting as a bridge between people and God through the Catholic Church. What distinguished Healy was that he not only returned to academia, but he effectively integrated the early ivory tower by passing as white. While a student in Frederick, Maryland, he may have been of European descent, though this alleged passing was inconsistent because he attended universities and schools that did not question his parentage.

Patrick became the first African American professor of philosophy at Georgetown University in 1868. Healy rose through the ranks at Georgetown University, eventually becoming dean of students, vice president, and president in 1874. He was the institution’s 29th president. Healy was widely regarded as the forerunner of many university innovations. Illness eventually forced him to resign as president. Nonetheless, he remained an important figure in Washington politics as well as in African American parishes in the local community.

Patrick Healy and his family understood the complexities of whiteness and how to navigate them successfully as the son of his enslaver. He studied in France, Germany, and Rome, in addition to his international experience. He acted as a trickster-figure, mastering various languages and religions while inviting souls to be saved on behalf of a Christian god. Although tricksters are not “religious” in the way we know religion today, they do have the ability to converse with or appeal to God on behalf of believers. 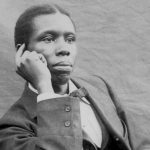 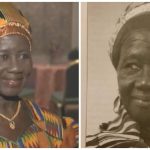