Ayuba Suleiman Diallo, who was born in Senegal, became well-known for his memoirs about his experiences in the 18th-century Atlantic slave trade. In 1701 he was born into an influential Muslim family of clerics. His grandfather was instrumental in establishing Bundu in what is now Senegal.

Ayuba was enslaved while he was in his late twenties. Around 1730, he and an interpreter named Loumein Yoas were in the Gambia River area trading slaves and merchandise. It is critical to understand that at this time, the slave trade had developed in the region, and there was danger even for those who participated in the trade.

On their way back to Bundu, Ayuba Suleiman Diallo and Loumein Yoas were both apprehended by the Mandinka, who controlled trade in the area. The kidnappers shaved everyone’s heads, essentially marking them as sellable. There was an unspoken agreement that kidnapped persons were not to be traded, but combat captives were.

Ayuba and Yoas were eventually sold to the Royal African Company. He was able to alert one of the ship’s captains, Stephen Pike, of his whereabouts and that he had been kidnapped. As proof, a messenger was dispatched to pay the requested ransom. Unfortunately, the messenger did not arrive on time, and the two were shipped to Annapolis, Maryland.

He was apprehended and held at the county courthouse after escaping from a tobacco plantation on Kent Island, Maryland. He would encounter Reverend Thomas Bluett, an Anglican Society for the Propagation of the Gospel lawyer. Bluett deduced that Ayuba was not a commoner; nonetheless, another captive who understood a neighboring language was able to speak for the two.

When Bluett realized Ayuba was a nobleman, he assisted him in writing a letter to his father in Arabic.

Around this time, he was given the name Job ben Solomon, and Bluett began recording Ayuba’s story.

Following the authentication of the letter, Ayuba was purchased as a means of holding him by James Oglethorpe, director of the Royal African Company and founder of the Georgia colony. Bluett and Ayuba would travel to England in the spring of 1733, where the noble would learn English. Ayuba’s housing in London was arranged by one of the captains involved in his capture.

Ayuba was wary after hearing stories that the captain planned to sell him to traders who claimed they could bring him back to Bundu, so he spoke with Bluett and ended up living in Hertfordshire for a while. He was concerned about the Royal African Company’s efforts to return Ayuba home. He suspected that there was still a plot to sell him back into slavery. Bluett and others working for his freedom were able to calm his fears and obtain a “freedom in form” document for him.

Ayuba would meet with high society and nobility in London while waiting for his return. His knowledge of Arabic and English aided Hans Sloane in organizing Arabic manuscripts at the British Museum.

His appeal to some in England as a sort of celebrity, a few with good intentions, his intellect, some patience, and his use to those in England all contributed to his release in the summer of 1734. He was inducted into the Spalding Gentleman’s Society before leaving.

When Ayuba Suleiman Diallo returned home, he discovered that his father had dead. In addition, one of his wives remarried after believing he had died. During those four years, the country was also affected by conflict. According to most reports, he was able to return to the life he was ripped from in Bundu.

Two years later, in 1736, he was arrested and imprisoned by the French. It is thought that he was allied with the superpower because he proved helpful to the British and their economic progress in that portion of West Africa. He was released after Gambians paid for his release.

In the case of his interpreter Loumein Yoas, Ayuba and Bluett were successful in obtaining his freedom in 1738.

He maintained communication with those in the Royal African Company’s London division who planned to visit the country. He was turned down and died in 1773. 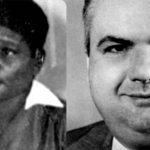