Between 1948 and 1971, the mass exodus of Afro-Caribbean peoples to the United Kingdom occurred. Due to the casualties of war, more inhabitants of the Caribbean were encouraged to migrate to countries under British jurisdiction. Out of this was born the Windrush generation. The 1971 Immigration Act gave citizens of the Windrush generation permission to stay in the UK indefinitely.

Descendants were granted the right to emigrate to the UK as long as they acquired a work permit and could prove a parent or grandparent was born in the UK. There was no record kept of how many individuals came and settled.

But in the 1960s and 70s, children of many of these Caribbean people who migrated to the UK found themselves being labeled as “educationally subnormal”. They were unfairly removed from mainstream education and wrongly sent to “special schools” or “dustbin schools” — schools for pupils who were seen to have low intelligence.

ALSO READ:  How The Confederacy Forced Black Soldiers To Fight On Their Side Without Allowing Them To Bear Arms

According to a recent BBC documentary, “Subnormal: A British Scandal”, Black children were four times as likely to be sent to those special schools as White children.

“That school was hell,” said Noel Gordon, who was wrongly sent to an “educationally subnormal” (ESN) boarding school after some health issues led to him being seen as having learning disabilities. “I spent 10 years there, and when I left at 16, I couldn’t even get a job because I couldn’t spell or fill out a job application,” he said of the special school, where he also faced racism and was never taught a curriculum.

The term “educationally subnormal” was obtained from the 1944 Education Act and was used to define those deemed to have limited intellectual ability, the BBC documentary said. The term made children feel inferior, according to education campaigner Prof Gus John, who came to the UK from Grenada in 1964 and soon began looking into the issue of ESN schools.

“Students from ESN schools wouldn’t go on to college or university. If they were lucky, they’d become a laborer. The term was paralyzing and killed any sense of self-confidence and ambition,” John said.

ALSO READ:  A Quick Look Into The Inside Of A Togolese Market Known For Fetish Traditional & Spiritual Charms!! (Video)

Even though many victims like Gordon have since moved on with their lives — having a job, house, and family — the pain of being in ESN schools can never be erased, they say. Generally, Black children were seen as lesser than White children thanks to figures that showed that on average, the academic performance of Black children was lower than their White counterparts.

Black children were described as intellectually inferior to White children based on the results of IQ tests. IQ tests were hailed as objective in measuring intelligence testing across cultures and were used to transfer many Black Caribbean students to ESN schools. But those tests used to assess these Black students were culturally biased, the documentary said.

“Designed in Europe, children undertook exercises which involved identifying household objects such as a tap, even though, in some Caribbean countries, a tap would be better known as a pipe,” the Guardian wrote.

As newly-arrived Caribbean children, many of them were also still dealing with the trauma of migration and having a hard time fitting in their new environment. They were also now getting used to new learning styles, the documentary showed.

“In the Caribbean, teachers are revered – you speak when you’re spoken to,” the documentary maker, Lyttanya Shannon, was quoted by the Guardian. “I think there were a lot of cultural misunderstandings and assumptions that if a child was silent in the classroom, it was because they didn’t have the capacity to participate.”

Britain’s education system blatantly ignored all these barriers and mistook the learning difficulties of Black Caribbean children as learning disabilities. “The education system fuelled and legitimized the idea that Black Caribbean children were less intelligent than other children. This was why so many of them ended up at ESN schools. It was rampant racism,” said John.

Caribbean parents initially thought that “special schools” would help improve the education of their kids. But as they later learned of how their children were struggling with the basics of reading and writing, they began to protest through various groups. One of such groups was the Black Education Movement, which intensified its calls for change in Britain’s education system after Grenadan writer and teacher Bernard Coard released a book about the institutional racism Caribbean children faced in Britain.

Coard, who taught in an ESN school, released the book called “How the West Indian Child is Made Educationally Subnormal in the British School System” in 1971. He argued that officials were using ESN schools as a “dumping ground” for Black children. Thanks to his work, anti-racist “supplementary schools” for Black children were established largely by Black parents in 1975.

Also known as Saturday schools, Black children learned curriculum subjects and black history from their parents. These lessons did not only build their confidence but prepared them for the world of work. And thanks to more campaigning, the term “educationally subnormal” was abolished as a defining category in the 1981 Education Act.

“Black Caribbean children still face higher exclusion rates than white kids,” said Shannon. “I know Gypsy, Roma and Traveller communities also do. I don’t think it’s an accident that if you look at the history of the Caribbean story over here and its relationship with education, that you’re still seeing those things today.” 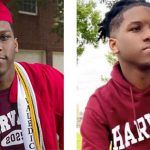 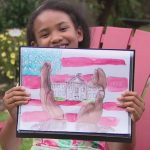