Teachers in Los Angeles have gone on strike for the first time in 30 years to demand salary increases, smaller class sizes, and more support staff in schools.

The LA school district is the second biggest in the US and the strike affects nearly half a million students and their families.

For context, according to the NEA, the average teacher salary in California for the 2016-2017 school year was $78,711 one of the highest averages in the US.

Meanwhile, according to data released by the OECD , the starting salary for a high school teacher with no experience in Luxembourg is about $79,000. The peak salary for a veteran teacher is $137,000.

The OECD’s full data set reveals a yawning gap between the highest and lowest paid teachers around the world. When converted to US dollars, many of the salaries fall well short of the average American teacher, who makes $44,000 starting out and approximately $68,000 at the upper end.

Here is the full breakdown of how teacher salaries stack up across the world, sorted by school level and gender. 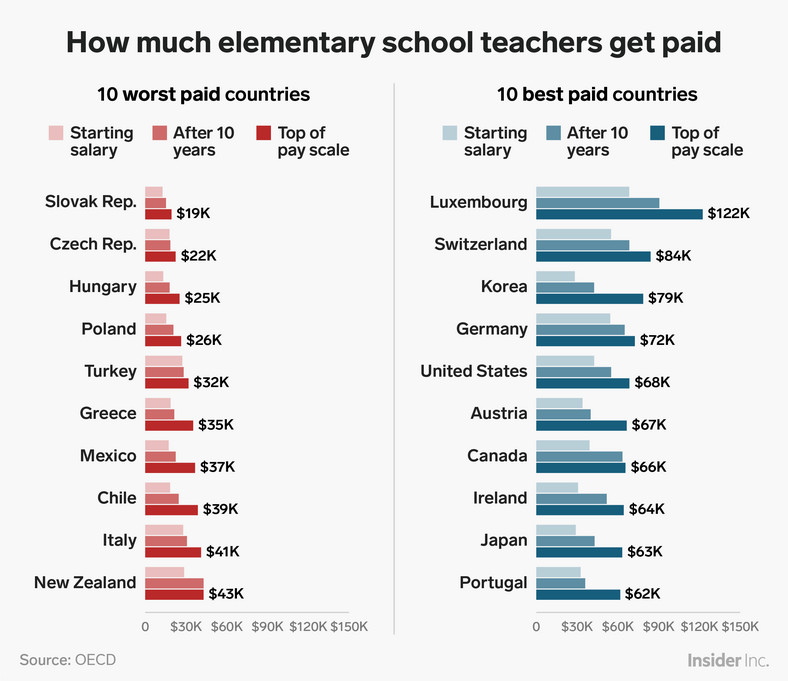 In Luxembourg, one of the richest countries in the world , an inexperienced teacher can expect to make more on his or her first day than teachers in nearly all other countries can hope to make in their entire careers.

The only exception is Switzerland, where elementary school teachers make $84,000 at the top range of salaries. 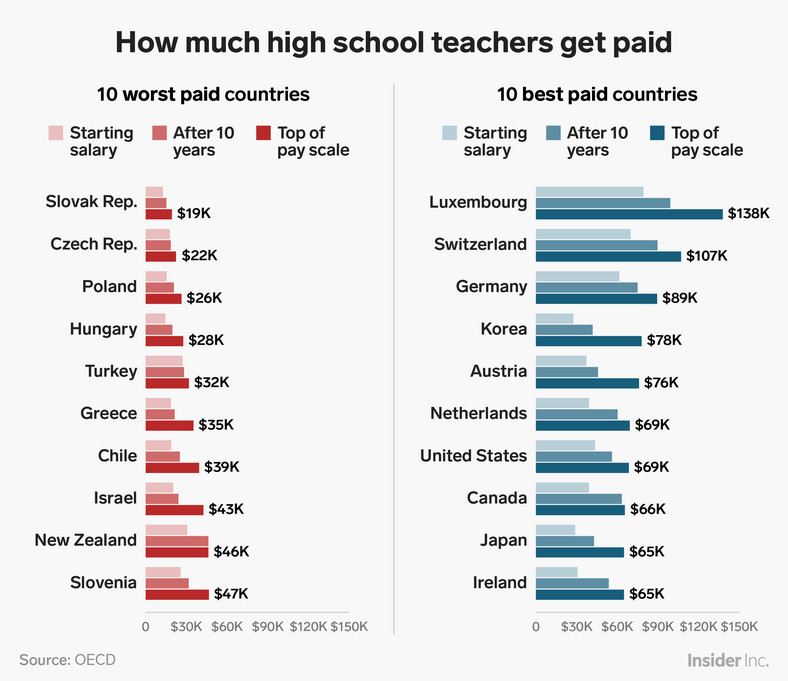 Luxembourg’s and Switzerland’s dominance continues on for high school teachers. Likewise, Korean teachers still see the biggest jumps in pay over their careers.

Austria is one of the only countries to jump significantly from elementary school pay to high school. High school teachers make about $9,000 more at the top of the scale. 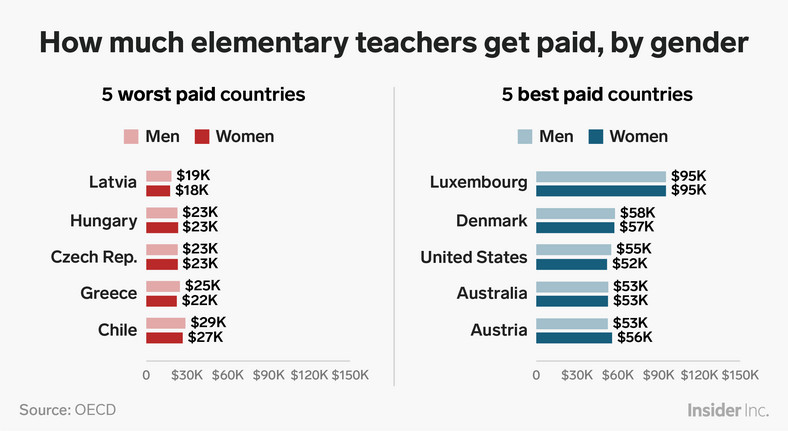 Luxembourg doesn’t just dominate with the size of its paychecks, but their level of equality, too. Male and female elementary school teachers both make roughly $95,000 at the top end of the pay scale.

The same can’t be said for the other countries in the top five, many of which see discrepancies of a few thousand dollars tilted in men’s favor.

Note: The OECD didn’t collect gender data for every country in the general list. 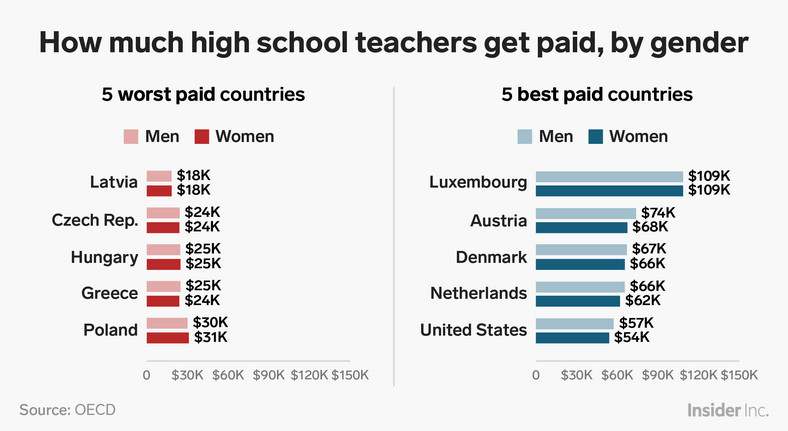 The story is roughly the same for high school teachers. Luxembourg pays its teachers $109,000 each.

Poland makes the list for the five worst-performing countries in terms of high-school salaries. No country in the bottom five has a gender wage gap of more than $1,000.

Note: The OECD didn’t collect gender data for every country in the general list.