After its unveiling on Thursday night, Tesla‘s Cybertruck saw a mixed reception (at best) in the news and across social media. The market was certainly disappointed, as Tesla shares dipped 6% on the day following the truck’s unveiling.

But is the polarizing truck growing on people? Less than 48 hours after the big reveal, Tesla had racked up 146,000 reservations for the vehicle. By Sunday, reservations hit 200,000. Further, the stock’s decline has notably come to a halt. Shares are up 1.3% as of this writing on Monday — well above the S&P 500’s 0.6% rise.

Reservations require a $100 refundable deposit. How many of those deposits will convert to actual orders for the truck, which is currently priced between $39,900 and $69,900, is impossible to predict. And there will likely be plenty of speculation over the next two years. Production of the tri-motor variant of the cybertruck is expected to begin in late 2022, Tesla said.

Musk tweeted Saturday that 146,000 Cybertruck orders have been made so far. Of those, 41% picked the most expensive tri-motor option and 42% of future customers chose the dual motor version. The remaining 17% picked the cheapest single-motor model.

The Tesla Cybertruck, which Musk unveiled in dramatic fashion at the Tesla Design Center in Hawthorne, Calif., has been polarizing with skeptics heaping on the criticism and supporters pushing back in kind. Even Tesla fans at the Cybertruck event, which TechCrunch attended, seemed torn with some praising it and others wishing Musk had created something a bit more conventional.

The vehicle made of cold-rolled steel and features armored glass that cracked in one demonstration and an adaptive air suspension.

Tesla said it will offer three variants of the cybertruck. The cheapest version, a single motor and rear-wheel drive model, will cost $39,900, have a towing capacity of 7,500 pounds and more than 250 miles of range. The middle version will be a dual-motor all-wheel drive, have a towing capacity of more than 10,000 pounds and be able to travel more than 300 miles on a single charge. The dual motor AWD model is priced at $49,900.

The third version will have three electric motors and all-wheel drive, a towing capacity of 14,000 pounds and battery range of more than 500 miles. This version, known as “tri motor,” is priced at $69,900. 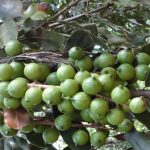 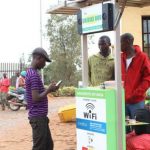