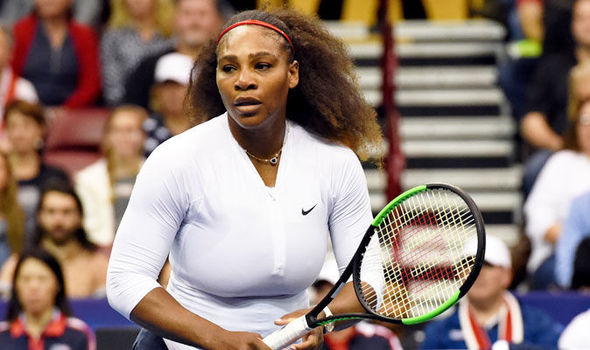 “Of course, we are disappointed that Serena will not be joining us,” tournament director Eugene Lapierre said in a statement, noting that despite the 23-time Grand Slam winner’s absence, all of the top 10 players in the world are in the draw for one of the key tuneups for the US Open.

Her place in the draw will be taken by Germany’s Tatjana Maria, another of the tour’s traveling moms who recently captured her maiden WTA titla at the Mallorca Open and upset 2017 Rogers Cup champion Elina Svitolina in the first round of Wimbledon.

The 36-year-old Williams who was the runner-up at Wimbledon last month, came off the most lopsided defeat of her career, a 6-1, 6-0 loss to Johanna Konta in San Jose, California, on Tuesday.

“I have so many things on my mind that I don’t have time to be shocked about a loss where I clearly wasn’t at my best,” Serena Williams said after that defeat.

Wimbledon was just her fourth tournament since returning to the tour, after having a baby in September and dealing with a health scare related to blood clots.

Serena Williams was initially projected to face rival Alizé Cornet in the first round after Friday night’s draw ceremony, with a rematch of this year’s Wimbledon final with Angelique Kerber looming in the Round of 32.

The American returned to tennis in March at the BNP Paribas Open, following a 14-month absence during which she married husband Alexis Ohanian and gave birth to daughter Alexis Olympia Ohanian Jr. She made the third round in the California desert and stormed into the second week of Roland Garros, her first major appearance since breaking Stefanie Graf’s Open Era record at the 2017 Australian Open.

Serena later shook off a pectoral injury incurred in Paris to return to a Grand Slam final less than 10 months after giving birth, falling just short of becoming the first mother to win a Wimbledon title since Evonne Goolagong in 1980.