The 23-time Grand Slam champion will be hosting and participating in this year’s Desert Smash Pro/Celebrity Tennis Exhibition, which benefits The Yetunde Price Resource Center. Founded by Serena and Venus, in honor of their eldest sister who was killed by an act of senseless violence in 2003, the YPRC assists, educates and strengthens individuals and families affected by violence and trauma. The YPRC works collaboratively with other Southern Los Angeles-based partner organizations to offer a variety of free programs in safe, healing-centered environments.

In an exciting new partnership with Tennis Channel, this year’s event will take place on Tuesday, March 6, and will be returning to the world-renowned La Quinta Resort & Club, a Waldorf Astoria Resort in La Quinta, California, where Desert Smash originally began 14 years ago. Consistently ranked one of the top tennis resorts in the country, La Quinta Resort & Club boasts state-of-the-art tennis facilities surrounded by vibrant flower-filled patios and breathtaking views of the rugged Santa Rosa Mountains and offers nothing short of an extraordinary tennis experience. This year’s annual charity “Live-Ball” play will also be hosted by actor Boris Kodjoe and benefit Sophie’s Voice Foundation.

Tennis Channel will provide Desert Smash with live national television exposure for the first time in the exhibition’s history. Live television segments along with digital and social media activity throughout the day – as part of the network’s coverage of the BNP Paribas Open in Indian Wells, Calif. – will feature event updates with celebrity and player interviews.

Loading...
ALSO READ:  Serena Williams is Calling Out Sexism in Tennis; Calls the Umpire a 'Thief'
56
SHARES
ShareTweetGet Stories like this
PinterestGoogle 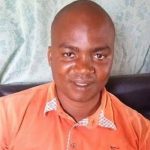 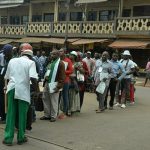