Communities living near Mount Kilimanjaro have been battling a wildfire on the mountain – Africa’s highest peak – that broke out on Sunday afternoon.

The cause of the fire is yet to be established.

The flames can be seen tens of miles away, the Citizen newspaper reports.

Tanapa shared a photo of the fire:

Tanzania’s The Citizen Newspaper said the efforts of the communities were hampered by the altitude. 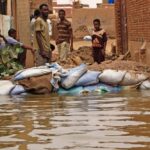 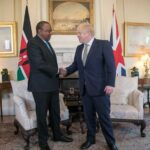