Tanzanian radio stations and TV channels can now resume playing Diamond Platnumz’s ‘Hallelujah’ and ‘Waka Waka’ as well as all of Roma Mkatoliki’s songs with the exception of ‘Kibamia’, which still requires clearance from the National Arts Council of Tanzania (BASATA). Mkatoliki’s six-month ban on performing in Tanzania was also reversed.

Mwakyembe yielded a week ago subsequent to meeting with the two artists on discrete events at his office in Dar es Salaam. Also in attendance was his assistant Juliana Shonza and officials from BASATA.

In a statement released by the ministry, Shonza emphasised the importance of artists presenting their work in advance to BASATA to avoid being blacklisted.

ALSO READ:  All You Need to Know About Bibi Titi Mohammed, the Tanzania’s Unsung Heroine of Uhuru

“The government is not fighting artists but rather concerned with the culture of its people,” Shonza said. “The time has come for the Tanzanian Film Board and the Tanzania Communications Regulatory Authority [TCRA] to complete the exercise on TV programming so that songs that don’t fit for consumption by the general public are placed under a watershed period, which is between midnight and 6am so that kids don’t watch them.”

However, the ministry upheld its previous decision to ban ‘Kibamia’, saying that the musician had to change the song’s lyrics because they are not in accordance with Tanzanian culture.

On 22 November 2017, Mkatoliki was summoned by the ministry and given six months to change the song’s lyrics. The period elapses in May 2018.

Mkatoliki, whose music is known for criticising the government, said during an online interview on Sunday that he would neither rectify ‘Kibamia’ nor present it to BASATA since the TCRA was yet to acknowledge that the song was unjustifiably suspended.

“My song is not allowed to be played on local radios and TV stations,” he said. “I don’t have time to rectify the lyrics as the council advised. I am cautioning the media not to play the song and whoever will dare do that, will have to face the music.”

In other developments, rapper Ney Wa Mitego, whose song ‘Pale Kati Patamu’ was among the 13 songs blacklisted in February, has submitted all his songs to BASATA for vetting.

But the rapper said he would not make changes to his music despite his submission.

“I am following the order issued by the minister to all musicians so this will be my first time interacting with BASATA,” he said.

“Those who love to hear the truth will appreciate my music. I am doing this because I do not want them to start blocking the rest of my songs. This move will not in any way make me change my music.” 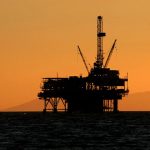 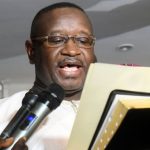