T.I.’s daughter Deyjah Harris has unfollowed her dad and family on Instagram after he made comments about her hymen.

It comes after her rapper dad, 39, said he attends Deyjah’s gynecologist appointments to make sure she’s a virgin.

The star, 18, has yet to publicly address her dad’s remarks as he bragged that he has ensured her hymen is still intact by meeting with her doctor after her annual check-up.

Adding fuel to the fire, she also tweeted: “I loveeeeeee yalllllll” and received huge support from her fans.

T.I. made the controversial comments while speaking on the Ladies Like Us podcast and he stressed that it was very important to him that Deyjah has not had sex yet.

ALSO READ:  US States To Investigate How Instagram Targets Children

He admitted he feels differently about 15-year-old son King, who is sexually active.

He continued: “Deyjah’s 18, just graduated high school now and she’s attending her first year of college, figuring it out for herself.”

“And yes, not only have we had the conversation [about sex], we have yearly trips to the gynaecologist to check her hymen. ”

Describing one visit to the doctor’s, he told hosts Nazanin Mandi and Nadia Moham: “So it’s this one time we go, I think this might have been after her 16th birthday. This is what we do. Right after the birthday we celebrate.”

“Usually like the day after the party, she’s enjoying her gifts. I put a sticky note on the door: ‘Gyno. Tomorrow. 9:30.”

He continued: “So we’ll go and sit down and the doctor will come and talk and the doctor’s maintaining a high level of professionalism.

After causing a stir, Planned Parenthood hit back at the rapper’s lewd remarks on Twitter in a string of posts.

T.I.’s rap lyrics frequently reference sex – including the song Hotel which describes hookups with a number of women. 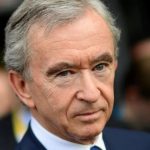 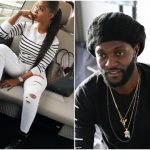