Gunmen believed to be members of a secessionist group have attacked a bus station and burnt one vehicle in the town of Ho, in the Volta region in south-eastern Ghana.

Local media report that the attackers opened fire during the Tuesday morning incident.

ALSO READ:  Again! Another Unarmed Black Man Has Been Shot Dead by the Police in the United State

They also held a security guard hostage at gunpoint before beating up some drivers at the station.

Security forces have been deployed to restore calm.

On Friday, a group calling itself the Western Togoland Restoration Front attacked two police stations and exchanged fire with security officers, killing one person and leaving five others injured.

ALSO READ:  Meet The 25 Richest People In Human History [#1 will Shock you]
Loading...

The separatists also stole 10 AK-47 assault rifles and a police vehicle in what is considered the most daring attack by the group. A manhunt has been launched for its leaders.

Five different groups have been campaigning for decades to form a new country called Western Togoland – made up of parts of Volta region and northern Ghana.

They claim the region has been marginalised by successive post-colonial administrations.

British-administered Togoland did not fall within the borders of the formerly Gold Coast region – which now defines most of modern-day Ghana.

But in 1956 its people voted to unite with the newly independent Ghana. The British parliament also enacted the Ghana Independence Act of 1957 to effect the union.

The latest string of attacks could pose a serious security risk as Ghana holds its elections in December. 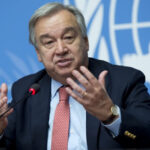 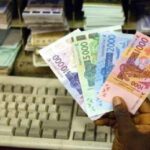