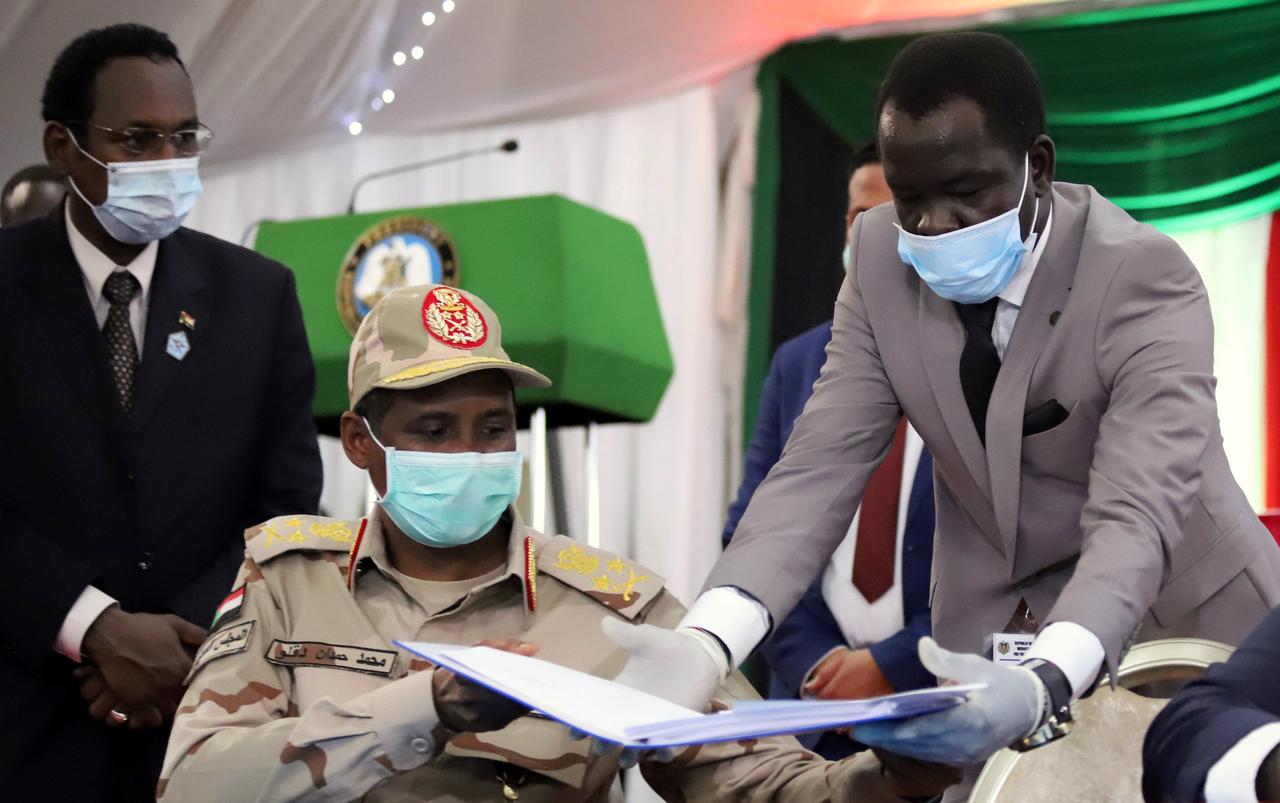 Three major groups signed the deal, including factions from Darfur where more than 300 000 people are estimated to have been killed and 2.5 million displaced since 2003, and one from southern regions which say they were also marginalised.

But two factions with the biggest presence on the ground in Darfur and the south did not sign, and the cash-strapped transitional government will struggle to pay for the return of millions of displaced people and regional development promised in the deal.

“The main challenge facing us now is the implementation of the peace agreement, and finding donations to do that,” Jibril Ibrahim, leader of Darfur’s Justice and Equality Movement (JEM), said after he and the other rebel leaders signed the agreement.

Sudan has been riven by regional conflicts for decades. After the oil-rich south became independent in 2011, a gradual economic decline fuelled the protests which pushed Bashir from power last year.

Civilian and military leaders who have shared power since then say ending internal conflicts is a top priority in the path to democracy for the once-pariah state. Analysts said Monday’s deal, signed in the South Sudanese capital Juba, was very important but left big gaps.

Jonas Horner, senior Sudan analyst from the International Crisis Group think tank, called it “a hugely significant sign of progress for Sudan’s transition”, paving the way for the delayed formation of a legislative council. But he said it was far from comprehensive and the prominent role of armed groups and the military in peace talks raised questions about its inclusiveness.