Sudanese President Omar al-Bashir on Monday reiterated that he would not be pushed into quitting the presidency by the ongoing protests in the country.

The 75-year-old said changes in leadership do not come through protests.

“The government does not change through demonstrations,” Reuters news agency quotes Bashir, who was speaking to supporters in Nyala, the main city in South Darfur, a day after protesters demonstrated there for the first time.

“We said we have an economic problem and it is not solved via vandalism,” he said.

Sudan has been dogged by rare protests since December 19 in what is considered the biggest challenge yet to al-Bashir’s 30-year-rule.

Thousands of people have taken to the streets to protests against rising food prices and cash shortages in the country.

The protests have often escalated into clashes, which have killed at least 24 people so far.

Rights groups have alleged that more than 1,000 people have been arrested since the protests erupted, including demonstrators, opposition politicians and journalists. 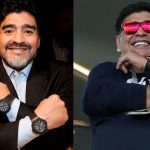 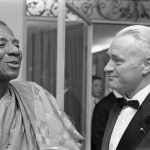