J Paul Getty was one of the world’s richest billionaires after making his fortune in oil.

But the magnate is not just famous for his wealth but also for being one of the meanest billionaires ever.

He famously refused to the ransom to save his grandson’s life following his kidnap in 1973.

In revenge, the kidnappers cut off the teenager’s ear and posted it to his frugal grandfather.

But the frugal billionaire’s mean streak was evident long before the famous kidnapping, which has been turned into both a film and a TV series.

The oil magnate’s love of money over family extended to his terminally ill son.

Timmy’s tale is perhaps the truest reflection of Getty’s frugality.

He was the son of Getty’s fifth and final wife Teddy Getty Gaston, who died last April aged 103.

In her memoir, the American singer revealed the extent of Getty’s tight pockets. The American-born ­industrialist moaned about having to foot Timmy’s medical bills when he went blind from a brain tumour.

While Timmy battled for his life, Getty failed to see him for four years.

The miser missed his son’s birth and, when Timmy died at the age of 12, Getty did not attend the funeral- sending Teddy a note apologizing for being busy.

Timmy idolized his father, however. In her book, Alone Together, Teddy remembers Timmy’s love for his father during his dying days in heart-breaking detail.

ALSO READ:  What To Know About The Rivalry Between Ghana’s Nkrumah And Togo’s Olympio

He never knew he was the richest man in the world. He’d heard it but he’d say, ‘That’s what the world sees. I see him as my own darling daddy, whom I love’. How he missed Paul.”

She adds: “Sometimes I sat ­quietly beside him while he seemed to be ­thinking and he’d suddenly say, ‘When will he come home? I wish I had a daddy like other boys have. Do you think he really loves me? I wish I could talk to him.’

“‘Well, let’s talk to him,’ I’d say, and we’d call Paul. He’d tell everyone then for days that he’d spoken to his father.

“He never asked for any material things, all he wanted was to see his dad.

“He never begrudged the fact that Paul never came. He was too loving… and yet in his heart he needed a father.”

So Getty was as absent as he was parsimonious.

Teddy never forgave him for failing to return to his American home from England during Timmy’s illness, citing it as the reason for their divorce in 1958.

In letters sent in the years leading up to Timmy’s death, Teddy pleaded with her husband to return and comfort their son. But he never did.

Teddy wrote to Getty in 1954: “I know now that you aren’t coming home to us, because I know you don’t want to, and so I have come to the tragic realization that you have no real concern for Tim or me.”

At that time, in 1958, Getty was ­negotiating the groundbreaking deal to secure oil rights in Saudi Arabia and Kuwait, which would see him become America’s first billionaire.

But not only did Getty refuse to return home – he cruelly built up false hope in his little boy’s mind.

He regularly promised to visit Timmy in New York hospitals after his ­operations, but again never did so.

The Getty Oil boss was even heartless enough to complain about doctors’ bills on the phone to Teddy as Timmy lay screaming in pain in the room next door.

Teddy remembers bursting into tears and hanging up the call, feeling alone and afraid as she battled the toughest years of her life without her husband.

“Timmy needed his father,” she says in her memoir. “I needed him, too.

In the days after Timmy’s initial brain tumour diagnosis aged six in 1952, many members of the family, including Teddy’s brother Ware, nephews, nieces and Timmy, excitedly gathered to wait for Getty as the Queen Mary liner pulled into New York, told by the tycoon that he would be on board.

But a message from the captain confirmed he had never fulfilled his promise of travelling across the Atlantic. Getty had not only failed to board the ship – he had not even bothered to let his family know.

Two days later, Timmy had to undergo one of his countless operations, hopes dashed of having daddy by his side.

Later that year Getty wrote a letter from the Ritz Hotel in Paris which would be callous from a pauper, but was positively cruel from a billionaire.

He said: “I hope Timmy can keep away from doctors, except for a $10 visit.

“I don’t think doctors can do much for him now, except for a check-up, and that shouldn’t be more than Sh2,500 unless the doctor’s charge on the ability to pay and not on a tariff and I avoid such doctors.”

He told Teddy the money she paid for a pony to comfort Timmy must come out of her own purse.

Teddy died when he was just 12-years-old.

But it was the abduction of his 16-year-old grandson, John Paul Getty III, that showed the world just what a miser J Paul really was.

The free spirited 16-year-old was living in Rome with his father, J. Paul Getty II when he was kidnapped.

He had apparently been trying to woo a Belgian go-go dancer in the Piazza Navona in Rome when he disappeared before dawn on July 10, 1973.

Paul was buying a comic book at a newsstand when he was abducted by three men who knocked him out by hitting him with a gun.

The men drove him to a cave in the southern part of the country and tied him up while they probed the Getty family for the hefty ransom which shockingly his grandfather refused to pay.

No-one knows exactly the sequence of events but a ransom note read: “Dear Mother: I have fallen into the hands of kidnapers.

“Don’t let me be killed! Make sure that the police do not interfere. You must absolutely not take this as a joke…

“Don’t give publicity to my kidnaping.”

At first police didn’t believe the boy had been kidnapped but they realized it was no joke when the kidnappers called to say they would send the boy’s mother one of her son’s fingers and demanded Sh1.7 billion from his grandfather.

Initially J Paul Getty reportedly refused to pay commenting that he had 14 other grandchildren.

He was quoted as saying that he opposed paying the kidnappers in principle, because it only encourages kidnapping as a criminal practice.

The billionaire is reported to have said: “I have 14 other grandchildren and if I pay one penny now, then I’ll have 14 kidnapped grandchildren.”

His refusal to pay lead to devastating consequences for the teenager.

John Paul was subjected to months of agonizing torture and even had part of his ear cut off, which was then sent to a local paper.

In early November an envelope was delivered to the Rome daily Il Messaggero, Rolling Stone reports.  It contained a lock of reddish hair and a severed human ear.

“This is Paul’s first ear,” read a typewritten note.

“If within ten days the family still believes that this is a joke mounted by him, then the other ear will arrive. In other words, he will arrive in little bits.'”

The delivery of the ear was apparently enough for Getty Snr to agree to pay the ransom – but at a reduced rate of Sh304 million.

But this wasn’t an act of grandfatherly compassion, J.Paul was told the ransom would be tax deductible by his accounts.

Paul was finally released five months after he was first abducted.

He flagged down a truck driver, who drove him to the nearest police station where officers noticed his missing ear.

Following his ordeal, Paul developed an addiction to alcohol.

And nine years after being released he was left quadriplegic following an overdose of methadone and valium. 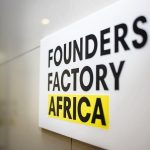 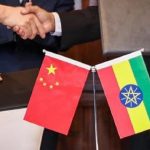