The St. Joseph African Methodist Episcopal Church began modestly, with four posts put in the ground and four boards fastened to each corner to provide attendees with privacy in worship.

The early church’s ceiling was made of branches, and attendees walked on the bare floor. Because of the harsh winter weather, the congregation was forced to replace the original arbor structure with logs. This log-like structure became a place of learning where many African Americans in Durham received their basic education. According to Open Durham, it was also known as Freedmen’s School.

These were the precursors to the establishment of the church in 1868 by an African Methodist missionary and former slave Edian Markham and five others. They bought the site where the AME church now stands from Minerva Fowler.

After the original AME church was formed in Philadelphia in 1787, the church was originally known as Union Bethel church. When Rev. George Hunter took over as pastor of the AME church in Durham after Rev. Markham left in 1870, he renovated the log structure. Rev W.D. Cook eventually took its place.

ALSO READ:  PASS IT ALONG: 10 Characters In The Bible Who Many Don't Know Are Black!!

The Cleveland St., Washington Duke building at Duke, the original Fire Station #1, the first Graded School, and the Foushee House were all designed by Leary. According to reports, the collapse of the original tower of the Washington Duke Building ended Leary’s architectural career.

The current cornerstone for the St. Joseph AME church, which was installed in 1891, bears Leary’s name. The church was built with bricks from Richard Fitzgerald’s brickyard. The structure has been praised for combining the dense massing of Richardsonian Romanesque with elements borrowed from Gothic Revival and incorporating elements from the Neo-Classical movement.

Despite his extensive travels, W.E.B. Dubois once stated that he had never seen a church as magnificent as the St. Joseph AME Church. By the early 1900s, the church had blossomed into a prosperous commercial and residential sector, with civil rights champions Booker T. Washington and W.E.B Dubois hailing it as a model Black town for the Jim Crow South’s middle class.

Over the years, the profits from the businesses have been used to support the church and its associated renovations. Durham began as a community for freed slaves who had resettled there after emancipation, taking its name from how whites referred to such communities, according to CNN.

The St. Joseph AME church is the engine of the community and the backbone for every successful middle-class inhabitant. 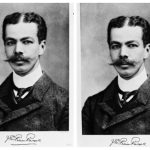