South Sudan has recalled its ambassador to the United States for “consultations,” in response to sanctions placed on two South Sudanese officials by the U.S. Treasury.

According to presidential adviser Ted Dagne, Ambassador Phillip Jada is expected to return to the capital, Juba, this weekend.

Juba’s latest move comes two days after the warring factions in the world’s youngest nation reached an agreement for the formation of a transitional unity government by February.

The U.S. sanctions were aimed at piling pressure on the sides to strike a deal to end the conflict that has ravaged the country for six years.

ALSO READ:  As Millions Face Famine, Women At Risk As They Eat Last And Least
Loading...

Dagne said that the U.S. sanctions are not constructive and do not reflect recent positive steps toward forming a coalition government by President Salva Kiir and opposition leader Riek Machar.

South Sudan descended into war in December 2013, sparked by a feud between President Kiir and his then-deputy Machar.

Kiir accused Machar of plotting to overthrow his rule, but the latter denied the allegations though he went on to mobilize a rebel movement to fight the government.

The war has killed hundreds of thousands and displaced millions, prompting the United Nations to rank the country as Africa’s biggest refugee crisis.

With pressure from regional and international actors, Kiir and Machar are locked in talks aimed at returning lasting peace to the country. 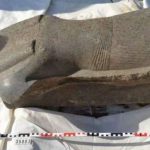 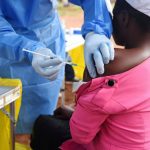