“This is simply because we have had enough of him,” government spokesman Michael Makuei said.

The rivals met this week in neighboring Ethiopia on its prime minister’s invitation, shaking hands and being coaxed into an awkward embrace as they held direct talks. They shook hands again as regional heads of state and government met to discuss the civil war in the world’s youngest nation.

But it became clear that while South Sudan’s government was open to having the opposition in the vice president’s role it would not accept Machar’s return to that post. Machar fled the country after new fighting erupted in the capital, Juba, in July 2016, ending a brief attempt at peace in which he returned to his role as Kiir’s deputy.

Opposition spokesman Lam Paul Gabriel told The Associated Press “there was nothing agreed upon in the talks” but that the face-to-face meeting with South Sudan’s president was useful “because we are able to see violence in Salva’s eyes.”

Gabriel also accused the East African regional bloc of favoring South Sudan’s government and putting its own interests ahead of “genuine peace,” adding: “This is completely disappointing.”

The bloc, the Intergovernmental Authority on Development, has led several rounds of failed peace talks.

Officials said the warring sides would meet again in Sudan and then in Kenya.

South Sudan’s civil war, which broke out just two years after the country won independence from Sudan, has continued despite multiple attempts at peace deals. Tens of thousands of people have died and millions have fled to create Africa’s largest refugee crisis since the 1994 Rwandan genocide. Millions of others still in the country are near famine, while the warring sides have been blamed for obstructing or slowing the delivery of desperately needed aid.

The latest attempt at a cease-fire in December was violated within hours. Both sides have been accused of widespread abuses such as gang rapes against civilians, including along ethnic lines. A number of South Sudan officials have been accused by human rights groups of profiting from the conflict and blocking the path to peace, and the United States — the largest donor of humanitarian aid — has threatened to withdraw it.

Early this month the U.N. Security Council adopted a United States-sponsored resolution that threatens an arms embargo on South Sudan and sanctions against six people, including the country’s defense chief, if fighting doesn’t stop and a political agreement reached. The resolution asks Secretary-General Antonio Guterres to report to the council on that by June 30.

Regional bloc IGAD has threatened to submit “punitive measures” against violators of the latest failed cease-fire, though sanctions would need approval by the bloc’s heads of state and government.

In a statement on this week’s meeting South Sudan’s government objected to sanctions, saying they were emboldening the opposition.

Machar, meanwhile, has been under house arrest in South Africa. It was not immediately clear where he would go now. According to the South Sudan government statement, the regional bloc wants Machar relocated “outside the region and not in any country near South Sudan.”

Makuei, the government spokesman, said Machar was welcome to visit South Sudan and wait for elections but “we don’t want to have another fight.” 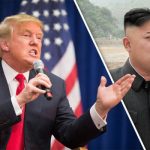 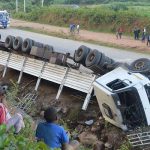