Thuli Nomkhosi Madonsela, a South African advocate and the outgoing Public Protector of South Africa, has been named as one of the world’s 5 extraordinary women by the Tällberg Foundation.

When African women are recognized in the international community for their reputation and prowess, it is a good representation for the continent.

More so it is an encouraging piece of motivation for young and growing African girls.

According to Tällberg Foundation, the selected women are “five extraordinary women who are responding to leadership challenges of the 21st century.” They are the foundation’s global leaders for 2016.

In a statement released by Alan Stoga, Tällberg Foundation chairperson, it implied that the women were recognized for their progressive leadership styles.

“They demonstrate that effective, courageous and innovative leadership that can overcome even the most seemingly intractable issues.”

women in question were selected from as much as 270 nominations from 60 countries of the world.

In appreciation for being named as a global leader by the Swedish foundation, Madonsela had this to say on Wednesday,

“Words cannot express the depth of my gratitude at the news of being selected as one of the five Tällberg Global Leaders. It is an enormous privilege to receive such an honor.”

“I’m supremely grateful to the Tällberg Foundation for this remarkable honor. I’m also honored to be associated with the foundation whose work with regard to engendering ethical global leadership I have witnessed in action.”

It is worth mentioning that in 2014, the South African leader was equally named as one of the world’s 100 most influential people by Time Magazine.

On Friday, the highly reputable Thuli Nomkhosi Madonsela will complete her tenure as South Africa’s public protector on Friday. 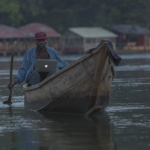 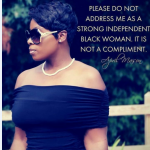