South African President Cyril Ramaphosa has donated half his presidential salary towards the development of social projects in the country. 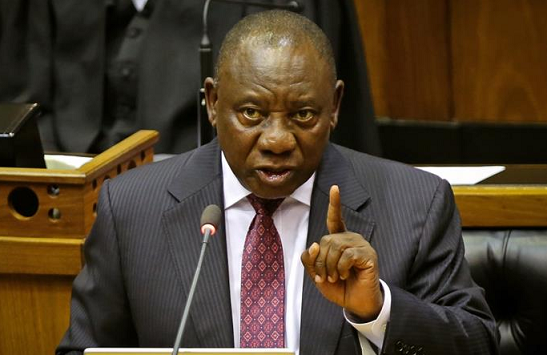 The 65-year-old made the announcement via his Twitter handle on Wednesday, saying the money will go into a fund that will be managed by the Nelson Mandela Foundation.

#Ramaphosa: I have decided to contribute half my Presidential salary to a fund to be managed by the Nelson Mandela Foundation Nelson and will direct resources to the many small social projects scattered across the country #ThumaMina #PresidencyBudget

South Africans and the world at large are this year celebrating Mandela’s centenary birthday, with a host of projects and events lined up in his honor.

Ramaphosa said the fund -dubbed the Thuma Mina – will be officially launched on July 18, the date of Madiba’s birth.

The unveiling will come just a day after former U.S. President Barack Obama delivers a lecture in Johannesburg, still in memory of Mandela.

It is unclear how much President Ramaphosa takes home monthly, though sources say he earns much more than the $20,000 that former leader Jacob Zuma pocketed each month.