The Economic Freedom Fighters, EFF, South Africa’s third largest party is six years old and the party is celebrating with a rally at the Kanyamazane Stadium in Mpumalanga Province.

The EFF, born in 2013, and has since its fortunes continue to grow after two election cycles. It is a party that prides itself with a dogged push for black economic empowerment.

The party’s representatives in parliament usually wears red overalls and berets or hard plastic caps showing their allegiance to the working class.

It is led by Julius Sello Malema, a fiery orator who was once leader of the youth wing of the ruling African National Congress, ANC. He was expelled from the ANC after disagreements with the then president Jacob Zuma.

ALSO READ:  All You Need to Know About Wasawasa, the Ghanaian Meal Prepared by Women After a Spiritual Bath

The party emerged as a kingmaker in 2016 elections in metropolitan areas like the administrative capital Pretoria and commercial capital Johannesburg, where it backed main opposition Democratic Alliance, DA, candidates.

Known for its far-left policies including plans to nationalise mines, the party had long been deemed as punching above its weight on the political scene.

It played a key role in holding Zuma to account for spending state money on non-security upgrades to his private residence and has shaped the debate on land expropriation without compensation, a policy the ANChas said it intends to carry out in due course.

His political rhetoric appeals to mainly younger black voters who are disillusioned with 25 years of ANC rule.

#EFFTurns6: festivities are underway at KaNyamazane Stadium… EFF is growing and no one can stop it! pic.twitter.com/GyGO9EmK4a 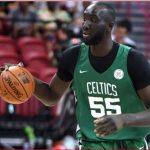 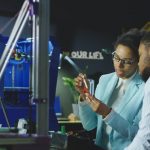