A small opposition party, the African Transformation Movement (ATM), which has just two seats in the 400-member National Assembly, filed a request with the speaker in February for a no-confidence debate.

“The speaker has approved that request, and our recommendation is that it be dealt with next Thursday,” Masibulele Xaso, secretary to the National Assembly, told the parliament’s programming committee.

The ATM, which was formed in 2018 after ex-president Jacob Zuma’s forced resignation, submitted a motion alleging that Ramaphosa was unfit to hold office.

When the party requested the debate, its leader, Vuyolwethu Zungula, said many people believed South Africa “has been on a slippery slope ever since President Ramaphosa occupied the highest office in the land.”

The largest opposition party, the Democratic Alliance, said it did not support the ATM motion.

The Economic Freedom Fighters, the second-largest opposition group, said it would respond later.

Ramaphosa became president in February 2018 after Zuma was forced to step down amid growing corruption scandals. The following year he won a popular mandate following general elections. 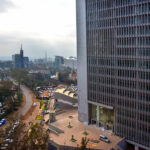 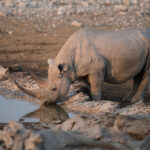