The campaign, under the established theme “Know Your National Parks”, allowed locals with valid identity documents an opportunity to spend a day at a national park of their choice free of charge.

“We had just under 40,000 people visit the parks during the focus week this year. National Parks Week aims to create a culture of pride in all South Africans in their relationship with the country’s natural, cultural and historical heritage. When people start to take pride in the national parks, then we believe that they will start to understand the importance of conservation,” said SANParks CEO Fundisile Mketeni.

Mketeni stated that since they introduced the “Know Your National Parks” program in 2016, a total of 591,234 people have visited the parks free of charge.

He urged the people to guard the wildlife for future generations.

He said, “The survival of the South African national parks system and our natural and cultural heritage lies in the people of South Africa and we are focused on involving young people and communities, to cultivate knowledge of the importance of conservation and an appreciation for the country’s natural heritage.” 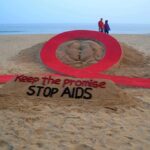 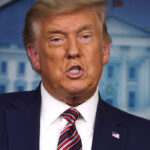