South Africa is the Rainbow Nation, a title that captures the country’s cultural and ethnic diversity. The population of South Africa is one of the most complex and diverse in the world. Of the 51.7 million South Africans, over 41 million are black, 4.5 million are white, 4.6 million are coloured and about 1.3 million Indian or Asian. About 51.3% are female, and 48.7% male.

The black population of South Africa is divided into four major ethnic groups; namely Nguni (Zulu, Xhosa, Ndebele and Swazi), Sotho, Shangaan-Tsonga and Venda. There are numerous subgroups within these, of which the Zulu and Xhosa (two subgroups of the Nguni group) are the largest.

The majority of the white population (about 60%) is of Afrikaans descent, with many of the remaining 40% being of British or European descent. The coloured population have a mixed lineage, which often comprises the indigenous Khoisan genes combined with African slaves that were brought here from all over the continent, and white settlers.

View more information about each (see below), including the origins of the language and where it is spoken in South Africa. Also see South Africanisms and useful Xhosa phrases and Zulu phrases.

Approximately 16 percent of South Africa’s population, or 8.3 million people, cite Xhosa as being their home language. Xhosa is characterised by a number of clicking sounds, which are formed by the tongue. Those that speak the language are usually part of an ethnic group known … xhosa language

To about 22.7% of South Africans, Zulu is considered to be their home language and 50% of the South Africa’s inhabitants understand the language. Zulu falls under the Nguni group and is one of the Bantu languages. Xhosa and Zulu are the only two languages mutually understandable. The Zulu nation … zulu language

The Afrikaans language is one of South Africa’s official languages and a large proportion of the local population uses it as their first or second language. It is still taught in schools. Afrikaans has a fascinating history of its own, and a heritage and culture that are deeply …afrikaans language

This language also known as Luvenda or just Venda, and Tshivenda, originated from the Bantu language. Well over 650 000 of Tshivenda speakers live in the northern parts of South Africa’s Limpopo Province. Those that speak Tshivenda have a royal family line, and adhere to strict traditions … venda language

Many South African African people can speak Ndebele and it is in fact a beautiful language if you know how to speak and understand it well. Ndebele is a Bantu language that is spoken by Ndebele South Africans (the Ndebele people are also sometimes referred to as amaNdebele) … ndebele language

Sepedi is also sometimes referred to as Sesotho sa Laboa or Northern Sotho. The language of Sepedi is spoken by approximately 4,208,980 individuals and it is one of the eleven official languages in South Africa. The language is usually spoken in Mpumalanga, Gauteng and … sepedi language

Setswana is commonly known as Tswana, and is actually Botswana’s national language. However, the majority of Tswana or Setswana speakers are found in South Africa. It is the Northern Cape that is the source of the Setswana and Afrikaans speakers. When travelling to … setswana language

This Bantu language originates from the Bantu-Nguni era and is also known as Suto, Souto, Sisutho as well as Suthu. The dialects originates from Suto, Pedi as well as Tswana which are intelligible but at the same time is also considered to be separate languages …southern sesotho language

Swati might not sound familiar to you, but rather Sewati, Swazi or siSwati as these are all the same language, just in different names. Swati is a part of the Nguni Group and it is one of the many Bantu languages. It is mainly spoken by people in South Africa and Swaziland. It is one of the official … swati language

The language of Tsonga is mainly spoken throughout southern Africa by the Shangaan – Tsonga culture. Tsonga is a part of Bantu branch when it comes to the Niger-Congo languages. The speakers of this language are often referred to as Shangaans, but the Tsongas say this is incorrect … tsonga language 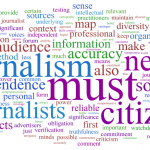 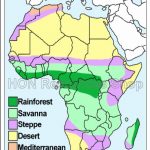