South African Transport Minister Bonginkosi Nzimande on Saturday called for a probe into the deadly car crash that killed 27 people on Friday.

On Friday a truck carrying cement had a tyre burst and it lost control crashing into three cars travelling in the opposite direction in Limpopo Province. Nzimande asked Road Traffic Management Corporation and police to invest the crash.

“I will meet with tyre manufacturing companies together with the road freight logistics companies to discuss the effect of tyre safety which is becoming a vital factor in thousands of road crashes we have every year,” said Nzimande.

Nzimande said, “We call on all road users to be vigilant on our roads. Only a partnership between government, civil society and the private sector would see us winning the battle against road carnage.”

“The police are investigating a case of culpable homicide following the death of 27 people during a fatal accident involving a truck carrying cement and four other vehicles. Amongst the fatalities, two are minor children. Four people survived and they were taken to different hospitals for medical treatment,” he added.

Ngoepe said that at this stage they are still investigating the cause of the accident and in the process of identifying the deceased. 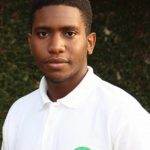 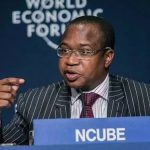