At first glance, South Africa appears on a road to nowhere, mired in leadership turmoil and economic stagnation that are rolling back many of the hard-won gains of 22 years of multiracial rule.

President Jacob Zuma, who’s lurched from one scandal to the next, is warring with his finance minister over control of the National Treasury.

Government and ruling-party officials are at each others’ throats over policy, appointments and alleged cronyism. And the risk of the nation’s credit rating being downgraded to junk by year-end is mounting as the infighting detracts from efforts to ignite growth and fight unemployment.

Yet all is far from lost for Africa’s most industrialized economy. The country last month held its 10th straight credible election since apartheid ended, one that heralded the onset of real political competition as the ruling African National Congress lost control of major cities. Zuma, who must step down in 2019 after serving the maximum two terms, has been held in check by a vocal opposition that secured a Constitutional Court order forcing him to repay taxpayer funds spent on his private home.

“The economy is much more resilient than many people give it credit for,” said Dave Mohr, who helps oversee 110 billion rand ($7.6 billion) as chief strategist at Cape Town-based Old Mutual Multi-Managers. “We have managed to avoid a full-scale recession despite the collapse in commodity prices, tighter monetary policy, the worst drought in living memory, a hostile international environment and all this political and policy uncertainty. We will still be here when all this turmoil blows over.”

Besides having a noisy democracy, South Africa also boasts Africa’s best transport links and energy supply, and a financial system that the Geneva-based World Economic Forum ranks among the world’s best.

Much of the blame for the hard times has been directed against Zuma, 74, who is accused by opposition parties of abusing his post to further his own financial interests and those of his allies, and against the ANC for failing to hold him to account. The party, which led the fight against apartheid rule before taking power under Nelson Mandela in 1994, saw its share of the national vote drop to a record low 54.5 percent in Aug. 3 local elections.

Deputy Finance Minister Mcebisi Jonas said members of the wealthy Gupta family, who were in business with Zuma’s son and employed one of his four wives, had offered him a ministerial post in exchange for business concessions. In a statement issued by their spokesman, the family dismissed the allegation as a political ploy. Zuma said only he had the power to make ministerial appointments and has repeatedly denied ever intentionally breaking the law.

In December last year, Zuma sparked a run on the rand and the nation’s bonds when he appointed little-known lawmaker David van Rooyen as his finance minister in place of the respected Nhlanhla Nene. Van Rooyen lasted four days. Since then, Zuma has been accused of seeking to undermine successor Pravin Gordhan by, for instance, refusing his request to fire the nation’s tax chief for insubordination.

Mzukisi Qobo, an associate professor at the University of Johannesburg, is more skeptical, warning that the harm he says Zuma has wrought is likely to endure after the president leaves office. “South Africa is in a very hard place because the reality is that the ANC is damaged to the core,” Qobo said by phone. “There will always be a tussle between individuals within government that want to stabilize and modernize and those who are pushing very hard to open wide the trough of the state.”

The economy, meanwhile, moves on. Output expanded an annualized 3.3 percent in the second quarter, after contracting 1.2 percent in the previous three months, as mining and factory output rebounded. The central bank, which had predicted no growth this year, said it would raise its forecast although the annual figure will remain low. The government is targeting 6 percent annual growth as it seeks to halve a 27 percent unemployment rate.

The rand has gained 7.3 percent against the dollar this year. Foreigners have bought a net 61.7 billion rand worth of the country’s bonds so far this year, while selling a net 84.2 billion rand in equities.

Robert Jeffrey, managing director at Johannesburg-based Econometrix, sees political will as key to South Africa achieving its economic potential. “No damage is irreparable,” he said. “If the right decisions were made, you would find that confidence can be engendered and investors will return.” 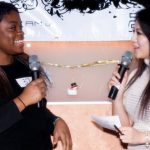 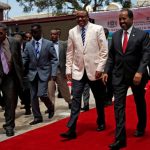