The Lead SA Changemakers Conference is in it’s third year and the line up of inspirational speakers this year is one not to miss. The conference invites people to listen to discussions about change, as speakers share their experiences of working to transform communities around them.

This theme is increasingly apparent when you consider that leadership, although it can be considered as being a privilege, is the type of role a person occupies in order to activate change and move a group of people from one point to another.

The speakers on the day are Riaan Manser, Thabi Leoka, Refilwe Modiselle, Dr Taddy Blecher, Kiara Nirghin, Jay Naidoo and Advocate Dumisa Ntsebeza. If some of these names seem familiar that is because they have been featured on Good Things Guy many times.

Riaan Manser is known for his sporting achievements, he cycled around the entire perimeter of the African Continent and set the record for the fastest row in history from mainland Africa to mainland North-America.

Kiara Nirghin was featured on the website for winning the Google Science Fair. She invented a natural super-absorbent polymer that allows soil to retain massive amounts of water. This is perfect to help during a drought.

The conference is being held at the Gordon Institute for Business Science, on 26 August. Tickets are only R50.00 and are available at ticketpros.co.za. 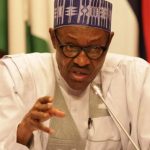 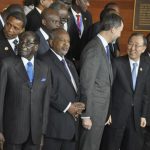