The planet celebrated Wednesday, July 18, the 100 th anniversary of the first black president of South Africa. This day, the world’s people have struck a big blow by commemorating Nelson Mandela’s exceptional journey.

It is through shows, exhibitions, sports competitions, publication of books, printing of new tickets to his effigy or making giant cakes … that the South Africans have honored Mandela. 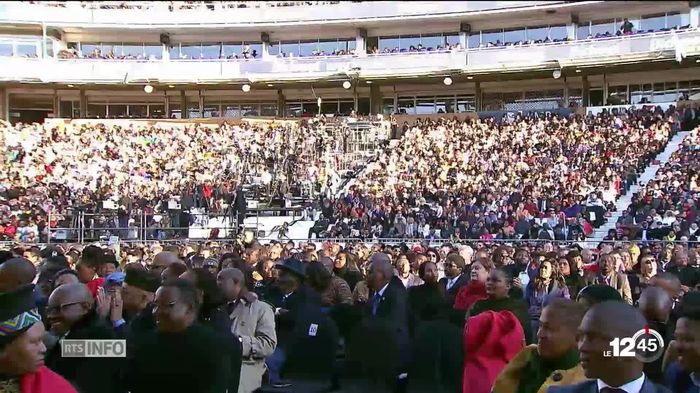 The icon of the struggle against apartheid.

After a busy life and weakened by the disease, he died 5 years at home in Johannesburg, December 5, 2013 at the age of 95 years.

Several personalities have not been told the event.

During this celebration, former US President Barack Obama, the first black president of his country, bore the heavy responsibility of delivering the tribute speech to nearly 15,000 people. Obama described Nelson Mandela as “a true giant of history” who “led a nation to justice”.

“Thanks to his sacrifice and his resolute leadership, and perhaps even more thanks to his moral example, Mandela (…) has personalized the aspirations of the dispossessed,” said Barack Obama, greeting the memory of a “real giant of the story “.

Despite his efforts, the vision of the late Mandela has not been successful

“We are fully aware that we will not achieve the free and egalitarian society for which he fought as long as the economic inequalities between blacks and whites, between men and women persist,” acknowledged Wednesday the president African Cyril Ramaphosa from the birthplace of “Madiba”.