The country did not carry out an international arrest warrant for Sudanese President Omar al-Bashir on June 15, 2015 when he was at an African Union Summit in Sandton, Johannesburg.

Also the country has issued a notice to formally revoke its withdrawal from the ICC, a decision that follows a High Court ruling in February that the initial process to withdraw from the ICC was unconstitutional and invalid.

UN Secretary-General Antonio Guterres confirmed the move in a statement, saying that he had been notified that the move to leave the ICC had not been approved by the South African Parliament.

South Africa had announced it would withdraw from the ICC in October 2016 after it was condemned by the international court for not arresting Bashir. The rainbow nation formally began the withdrawal process, claiming that its obligations to peaceful conflict resolution were “incompatible” with the UN’s.

The country’s Justice Minister Michael Masutha is expected to appear before Parliament’s international relations committee on Wednesday to address the high court ruling which found the withdrawal from the ICC to be unconstitutional, according to Mail&Guardian.

The ICC issued a warrant for al-Bashir’s arrest in March 2009, and a second warrant in July 2010. Bashir’s charges include five counts of crimes against humanity, two counts of war crimes and three counts of genocide. 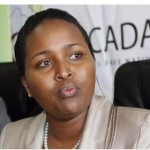 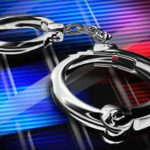