South Africa’s president Cyril Ramaphosa on Tuesday accepted the resignation of embattled finance minister Nhlanhla Nene, who has been embroiled in a scandal over undisclosed meetings he held between 2010 and 2013 with the controversial Gupta brothers.

Nene was facing calls to resign after he admitted to visiting the Gupta brothers, friends of scandal-plagued former leader Jacob Zuma who have been accused of corruption, and failed to disclose the meetings earlier.

Zuma and the Guptas have denied any wrongdoing.

As former governor of the Reserve bank and before that as minister of labour Mr Mboweni brings with him vast experience in areas of finance, economic policy as well as governance.

“It’s a measure of his character and commitment to the country that he has decided to resign despite not being implicated in any wrongdoing,” Ramaphosa said on Tuesday.

Opposition groups in South Africa including the Democratic Alliance (DA) and the Economic Freedom Fighters (EFF) had called for Nene’s resignation.

The DA on Tuesday said the state prosecutor would invetigate Nene for possibly breaching the executive code of ethics when he was deputy minister.

The DA’s complaint centres around allegations over an investment by the state pension fund, the Public Investment Corporation, into a Mozambican refinery project that may have benefited Nene’s son.

The president also announced Nene’s replacement as Tito Mboweni, the former Reserve Bank governor, who was immediately sworn in to commence his duties.

“I am confident that Mr Mboweni will bring the leadership that is needed now,” Ramaphosa said.

Born on 16 March 1959, Mboweni was South Africa’s first black governor of the central bank, when he was appointed to the position in August 1999.

He remained in the position for 10 years, serving under presidents Thabo Mbeki, Kgalema Motlanthe and Jacob Zuma.

“As former governor of the Reserve bank and before that as minister of labour Mr Mboweni brings with him vast experience in areas of finance, economic policy as well as governance.” 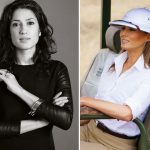 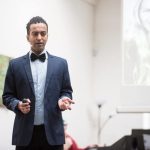