*South African coach Rassie Erasmus has named his Springbok squad for the 2019 Rugby World Cup in Japan. The Springbok coach named a strong 31-man squad in Johannesburg. *
Erasmus opted for a 17/14 split amongst forwards and backs with 7 players in the squad plying their trade overseas.

The Springbok team fresh off winning their maiden Rugby Championship 3 weeks ago in Argentina were in good spirits at the announcement ahead of tournament.

As expected, Stormers loose forward Siya Kolisi was named as captain of the Springboks in the first major rugby tournament on Asian soil.

The were no major surprises as Rassie Erasmus opted for Kwagga Smith ahead of Rynhardt Elstadt as the 5th loose forward to travel to Japan sealing what was pretty much the expected 31 man squad.

The Springboks begin their campaign against the All Blacks on 21 September in the International Stadium in Yokohama in what will be the most anticipated fixture in the group stages.

They will then play Namibia before taking on Italy on 4 October. They end of the group stages against Canada 4 days later.

With games coming thick and fast with a short recovery time, Rassie stressed the importance of utilising the entire squad with every player expected to have a role to play in the tournament.

Rassie also spoke at lengths about his gameplan for Japan which is cooler during this time of year and spoke at length about the versatility of the players he has at his disposal.

He remains confident that the Springboks style will be attractive, but emphasised on the core skills being crucial to the expansive style they want to play. He also spoke about accuracy in execution

The Springboks have an opportunity to iron out the finer details of their plan in warm up fixture against host Japan on 6 September at the Kumayaga Rugby Stadium. 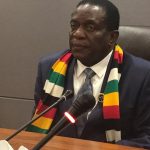 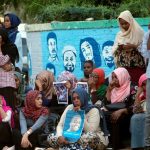