Edwin Elochukwu Anyaoku, a Nigerian suspected of being the mastermind of an international drug-smuggling operation, has been extradited by South Africa to the US to face charges of drug-trafficking.

South Africa’s Directorate for Priority Crime Investigation (DPCI), known as the Hawks, announced this today in a statement. He said Anyaoku was extradited on Thursday.

Anyaoku, 54, was arrested in a joint police investigation by the Hawks’ South African Narcotics Enforcement Bureau (Saneb) and the US Drug Enforcement Administration (DEA) in Fourways in July last year.

ALSO READ:  ‘She Saved My Life’ – Conviction of Prisoner Who WNBA Star Took Sabbatical to Champion His Release Overturned

Read the statement by Hawks:

A suspected mastermind of an international drug-smuggling operation who was arrested last year in Fourways, Johannesburg, was extradited to the United States on Thursday to face charges of drug trafficking.

Edwin Elochukwu Anyaoku (54), was arrested in a joint police investigation by the Hawks’ South African Narcotics Enforcement Bureau (SANEB) and Crime Intelligence (Counter Narcotics) and the United States Drug Enforcement Administration (DEA) which resulted in the seizure of 29 kilograms of heroin worth more than R6 million.

Anyaoku was arrested with other two suspects, Lerato Diannah Mohai (42) the alleged courier and Christopher Okonkwo (53) who was the suspected scout. Okonkwo successfully made a representation to the Randburg Regional Court last year and after careful consideration his matter was withdrawn. However the case against Mohai is ongoing at the same court. It is for trial on 16 and July 2019.

The investigation into the group started in 2017. An undercover operation was set where Anyaoku allegedly agreed to supply heroin. Anyaoku brought 29 kilograms of heroin and after the purchase, he was arrested together with Mohai and Okonkwo.

A request was received from the Justice Department of the United States of America for the extradition of Anyaoku late last year. The extradition hearing took place in December last year and Anyaoku decided to waive his right to appeal against the extradition. In April this year the extradition was authorised by the Minister of Justice and Constitutional Development and Anyaoku was extradited to the US with the assistance of Pretoria Interpol office yesterday. 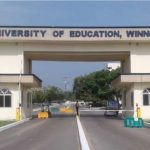 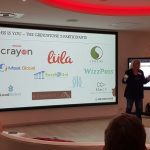