Former Zimbabwe president Robert Mugabe says South Africa could have done “much more” to save him politically during last year’s military takeover.

The 94-year-old made the remarks in an interview with the private Zimbabwe Independent paper at his Blue Roof mansion in Harare.

Asked if he felt betrayed by his neighbours Mugabe said: “In a sense, yes.” But he conceded that none of Zimbabwe’s neighbours apart from South Africa had the capacity to intervene.

“South Africa could have done much more. It did not have to send an army, but just to engage,” he said.

Former president Jacob Zuma sent his defence and security ministers to Harare on November 15, hours after the military took control of the country and placed Mugabe under house arrest.

Mugabe said the South African envoys “gave a false impression that all was okay [and that] they had spoken not just to us but also to the soldiers, and then gave out that there was no need for intervention”, Mugabe added.

He said it was then that other countries in the region “just sat on their laurels and they said ah well South Africa says there’s no need [to intervene]”.

Last week Mugabe gave his first press conference since his resignation on November 21. He told journalists that the army’s intervention was “a coup” and that his successor Emmerson Mnangagwa was in power “illegally”.

Those remarks have caused anger within the ruling Zanu-PF party, which has threatened to expel him and strip him of the privileges he enjoys as a former head of state. 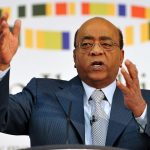 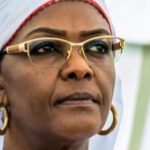