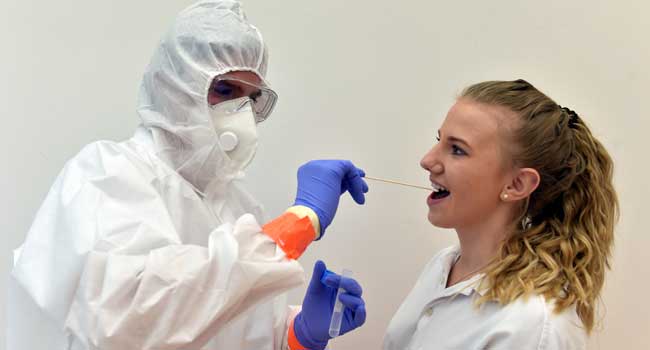 South Africa reported on Sunday a sharp surge in the number of confirmed COVID-19 cases, two days after the easing of restrictions following a five-week lockdown.

The total number of confirmed COVID-19 cases in South Africa stood at 6,783, an increase of 447 from Saturday, the country’s health minister Zweli Mkhize said in a statement.

ALSO READ:  You Itch Like That And Have These Other Symptoms, Then Your Liver May Be Failing

This was the highest surge in the 24-hour cycle since March 5, when the country recorded its first case.

“Regrettably, we report a further eight COVID-19 related deaths: two from the Western Cape, four from the Eastern Cape and two from Gauteng,” Mkhize said.

This brought the total deaths to 131, he said.

Western Cape remains the epicenter of the pandemic in the country with 3,044 cases, followed by Gauteng with 1,624 and KwaZulu-Natal with 1,076.

As massive community testing continued, 245,747 tests have been conducted to date, of which 15,061 were done in the past 24 hours, according to Mkhize.

Under the program, more than 7.2 million citizens have been screened, among whom 72,087 were referred to testing, Mkhize said.

Also on Sunday, the government announced strict measures to prevent the spread of COVID-19 at workplaces amid the partial resumption of business.

Minister of of Employment and Labor Thulas Nxesi has announced that employers must take measures to protect the health and safety of everyone in their workplaces.

These measures include setting up physical barriers at workplaces to ensure social distancing, free provision of appropriate personal protective equipment, screening of workers for COVID-19 symptoms, and isolation and quarantine of workers with related symptoms.

South Africa eased its restrictions to level 4 on Friday, down from level 5. 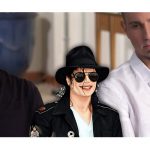 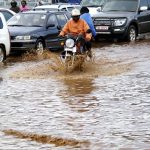