At night, when one spots the stars beautifully scattered across the sky, for the religious sect, it is the beautiful handiwork of the creator. But, in the Karanga culture in South Africa, this cosmic experience is perceived as the eyes of the dead watching over men or the spirits of babies who are hesitant to be born and are therefore hanging in the skies.

This and many more such myths have dominated the belief systems of many South African communities and have been handed over to generations and beyond. According to the Royal Museums Greenwich, the spotting of IsiLimela or Pleiades stars signals a call to begin the planting season for many communities in South Africa.

It has been termed the digging stars because it opens the floodgates for farmers to cultivate their crops. Researchers indicated that the name isiLimela was derived from the renewal nature of the star in the cycle of the people and is used to represent the birthing of new crops.

ALSO READ:  All You Need To Know About The Benin Bronze Figures!!

The spotting of the IsiLimela star in the Xhosa community also marks the beginning of adulthood for those who have come of age. Oral history among the Namaqua holds that the Pleiades star is the offspring of the sky god. But, the failure of her husband to kill three cosmic zebras with his arrows made it difficult for him to return to his home.

Pleiades’ husband, according to folklore, has since become a wanderer because he is unable to pick his arrows because it is guarded by ferocious lions that also watch over the zebras. In the cold, he sits alone with pangs of hunger and thirst for water.

Another myth among South Africans is that the red and white glow is seen as an agitated girl who refused to honor the request of her mother when she asked for a portion of her roasted root and threw the food away out of seething anger. In a display of her anger, she pulled her roasted root out of the fire and splashed it into the sky, producing a glow in the sky.

This show of anger in folklore terms is said to have created a pathway called the stars’ road or what is known as the Milky Way.

Authors Charlotte and Wolf in their book on African Folk Tales said the singular act of the girl has changed the astrological composition of stars in the sky. Among the Xhosa people, the Milky Way is depicted as an angry dog with its bristles standing in its attempt to attack. These bristles illuminate the bright colors of the Milky Way.

For the Sotho and Tswana people, this is seen as external influences trying to hold the sky from falling. The interactions are what produce the light that is witnessed in the sky. Oral tradition attributes this to the setting of the Sun from west to east.

Among the Tswana people, the stars littered across the sky are seen as the souls of their forefathers who died for a long period of time so they attain a status above ancestral spirits.

Other localities also consider the markings on the moon as a woman tending to a child but flouted a tradition of being at a sacred festival and was spotted gathering wood instead.

In Malawi, themes of food are used to depict the appearance of the moon and its setting at the break of dawn.

For the Khoikhoi culture, the moon is considered the light and life Lord. The Xhosa also believe the world’s existence will end up in the sea one day, explaining the belief why a section of the moon is always covered under sea.

The appearance of any new moon is considered a rebirth of a new earth. In the Nwedzana culture, the moon is perceived to hold good and bad deeds in the life of men. For instance, the appearance of the crescent moon in a certain shape meant that the moon has used its astronomical powers to hold diseases off men, while vice versa means it is discharging sicknesses on the earth.

Other societies in South Africa have myths establishing paternal relationships among cosmic bodies. The Bushmen tribe for instance sees the moon as a man who has offended the sun. The monthly cycle of the moon and the different shapes it appears in are seen as a result of an attack on it by the sun with a knife.

The moon takes on the crescent form because of its pleadings to the sun to be allowed some life in order for the moon to take care of its children. It is as a result of this piece of the moon that regenerates and gains its life back.

In the Zulu culture, the sun setting each day means the sun dies with that cycle and it’s used as meat by a race of pygmies called iZichwe. 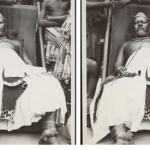 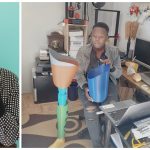