African leaders have gathered in Somalia’s capital, Mogadishu, for the first regional summit to be held in the country after decades of conflict. Security was tight and streets were shut down to traffic in Mogadishu on Tuesday for the one-day meeting of the Inter-Governmental Authority on Development regional bloc, which includes Kenya, Ethiopia, Uganda, Djibouti,…

War-ravaged Somalia made history on Tuesday, after it hosted its first Inter-Governmental Authority on Development (IGAD) summit in four decades.

The conference was held at a local hotel in Somalia’s capital, Mogadishu, outside of the airport. The area was surrounded by high-blast walls with barbed wire and protected byAfrican Union Mission in Somalia (AMISOM) forces, where similar high-profile meetings were held, according to Al Jazeera.

“The presence of the heads of state in Somalia is a clear dividend of returning stability in the country. It is an endorsement of Somalia’s recovery,” African Union Special Representative for Somalia Francisco Caetano Madeira said in a statement.

The streets of Mogadishu were on lockdown for the better part of Tuesday, with security operatives ensuring nothing was left to chance.

Key areas of the city were out of bounds for both vehicles and pedestrians as authorities worked to ensure that there were no incidents occurring during the summit.

Mogadishu has been a major target for terror attacks by Al-Shabab, a Somali-based Islamic terror group with links to Al-Qaeda.

Consequently, the main issue on the agenda was the fight against Al-Shabab as the leaders deliberated on ways to equip African Union peacekeepers and the Somali national army to intensify the fight against the terror group and retake its territories.

“We see the progress made and it is a success for all of us in the region and the world in general. We must support Somalia in its journey to full stability,” Desalegn said.

Also on the agenda was the upcoming general election in Somalia expected later this month. Only about 14,000 people from the federal states in Somalia are likely to participate in the election, which will be held between September 24th and October 10th.

The people will elect their preferred 275 members of parliament who will then appoint the president. 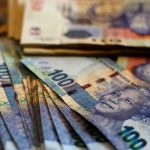 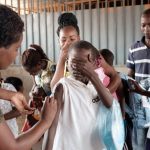